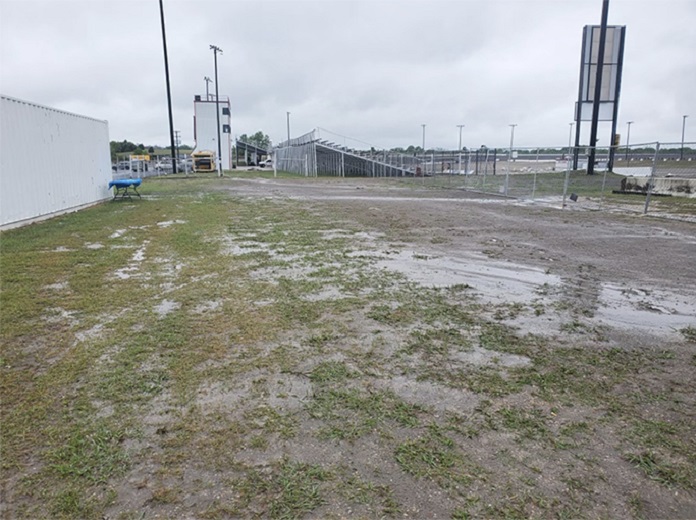 The series is eying rescheduled dates for both Lawton and Devil’s Bowl later in the season.

More than two inches of rain have left the Mesquite, Texas, facility overwhelmed with saturated grounds, forcing an early cancellation.

Those who have already purchased tickets to Saturday’s show at Devil’s Bowl can use those tickets for the rescheduled date. Once the new date is announced, those unable to make it to the rescheduled date will have the opportunity to request a refund.

The World of Outlaws NOS Energy Drink Sprint Car Series now heads to Bristol Motor Speedway April 22-24. The Bristol Throwdown will end a 20-year absence at The Last Great Colosseum, and it concludes with a high-speed, high-intensity, $25,000-to-win finale.