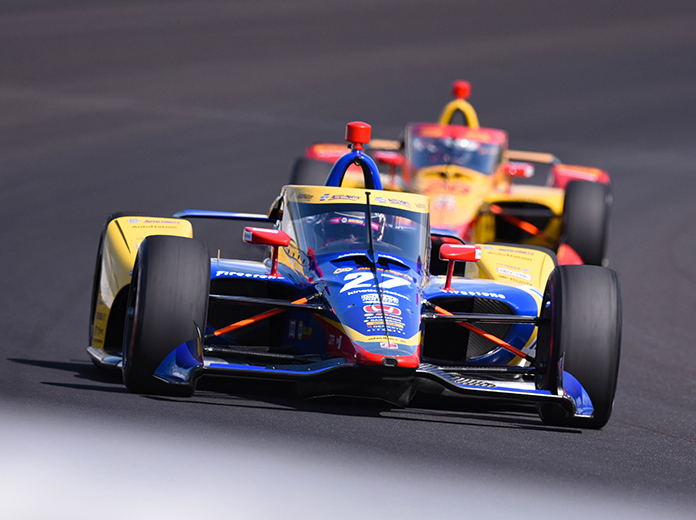 LEEDS, Ala. – In the middle of a pandemic that has taken its toll around the world, IndyCar has actually grown its series.

One year ago, IndyCar was shut down and there were serious questions about whether or not the season would even happen. The COVID-19 pandemic had sent most of America into lockdown, including all professional and collegiate sports.

The first four races of the season were either canceled or postponed. The cornerstone Indianapolis 500 was moved to August in hopes that the COVID-19 virus would have subsided. In April, the annual Chevrolet Detroit Grand Prix was also canceled.

The season finally started with a one-day show at Texas Motor Speedway on June 6. All races after that were tentative at best.

Fast forward one season later and the NTT IndyCar Series is on the eve of its season-opener – the Honda Indy Grand Prix of Alabama at Barber Motorsports Park. It features a 24-car entry list, including seven-time NASCAR Cup Series champion Jimmie Johnson as a rookie for Chip Ganassi Racing. Romain Grosjean, a 10-year veteran of Formula One, is also a rookie for Dale Coyne Racing with Rick Ware. Team Penske has expanded to four drivers with the addition of Virgin Australia Supercar legend Scott McLaughlin.

Early indications from Honda and Chevrolet call for at least 35 cars fighting it out for a place in the 33-car starting lineup during the 105th Indianapolis 500 on May 30.

There have only been two tweaks to the schedule so far. One was shifting the traditional opening race, the Firestone Grand Prix of St. Petersburg, from March to the end of April to help Florida in its COVID-19 fight. The Honda Indy Grand Prix of Alabama was moved one week at the request of NBC to keep it from conflicting with another major sporting event, The Masters golf tournament.

Despite a 14-race schedule in 2020, nearly every sponsor is returning to the series, keeping a healthy driver/team lineup on the entry list.

IndyCar is enjoying a renaissance during a dark and challenging time.

Just how has IndyCar been so successful?

“I think the thing about IndyCar is that it’s just compelling,” said Penske Entertainment CEO Mark Miles. “When we get on the track there’s every reason for fans to be excited about what they see in our sport.

“But really when I think about 2020, I think it’s just the strongest possible affirmation of how aligned the IndyCar Series is, all the stakeholders, the teams, the promoters, our broadcast partner, the sponsors, our partners in that regard.

“Everybody just pulled together, got on the same page. Every time something changed people worked together and showed flexibility and persistence, and there was really no internal dissonance about what we were doing and what we had to do.

“I don’t take that for granted. It wasn’t always true in this sport for sure. But in other sports, we read all the time about what’s going on between stakeholders in leagues, and I just think last year was the strongest possible statement about how our stakeholders are really on the same page.”

More in this category: « KENNEDY: Fans Return To Irwindale F-1 Confirms Addition Of Miami Grand Prix »
back to top