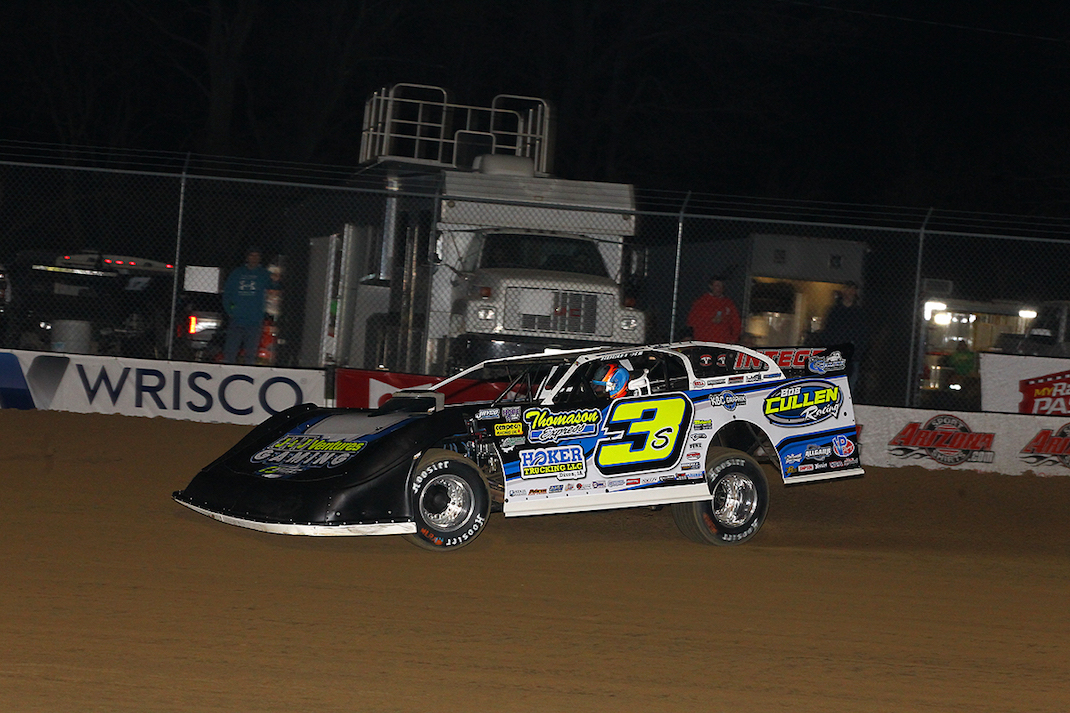 WEST BURLINGTON, Iowa — Brian Shirley put together a night of perfection on Friday night at 34 Raceway to top a field of 41 Lucas Oil MLRA Late Models.

Shirley, who came into the night on the heels of a strong third place run on Thursday night at the Davenport Speedway, started his night by collecting the Illini Racing & Supply Fast Time Award with his 14.981-second lap. He followed that up with a heat race win that positioned him on the pole alongside of Billy Moyer Sr.

At the drop of the green Shirley quickly positioned himself into the top spot over Moyer and Ryan Gustin. The first caution of the race waved on lap 13 as Sunoco Race Fuels Rookie Jake Timm came to a rest at the bottom of turn one and two. On the ensuing restart it was more of the same, with Shirley pulling away from Moyer and a charging Bobby Pierce.

By lap 27 the leaders had worked into lapped traffic allowing Moyer to begin closing the gap at the front, until the caution waved for the second time for a spin between Mason Oberkramer and Dennis Erb Jr.

It would only be one more lap before the yellow waved yet again, but a strong re-start allowed Pierce to moved ahead of Moyer to be able to restart second behind the leader Shirley.

Business would pick back up following the restart with Pierce trying to hustle the top line to find a way around Shirley. Gustin would follow Pierce’s lead as the duo wagged a fierce back and forth battle on the top line in the closing laps.

On the 35th lap Pierce slide in front of Gustin exciting turn four, making contact with the Reaper who had a run on the top line, resulting in Gustin rolling his XR1 Rocket. Gustin was able to walk away from the incident and is expected to return for Saturday nights finale.

With the green back in the air for the final five laps, Shirley cruised to a 1.361-second victory over Pierce and Moyer.

“I felt like my car was pretty good and I felt comfortable in it, so I just needed to make sure I hit my marks and I felt like I could bring it home,” said Shirley.

More in this category: « Thomas Stops Bacon At Bloomington F-1 Confirms Addition Of Miami Grand Prix »
back to top