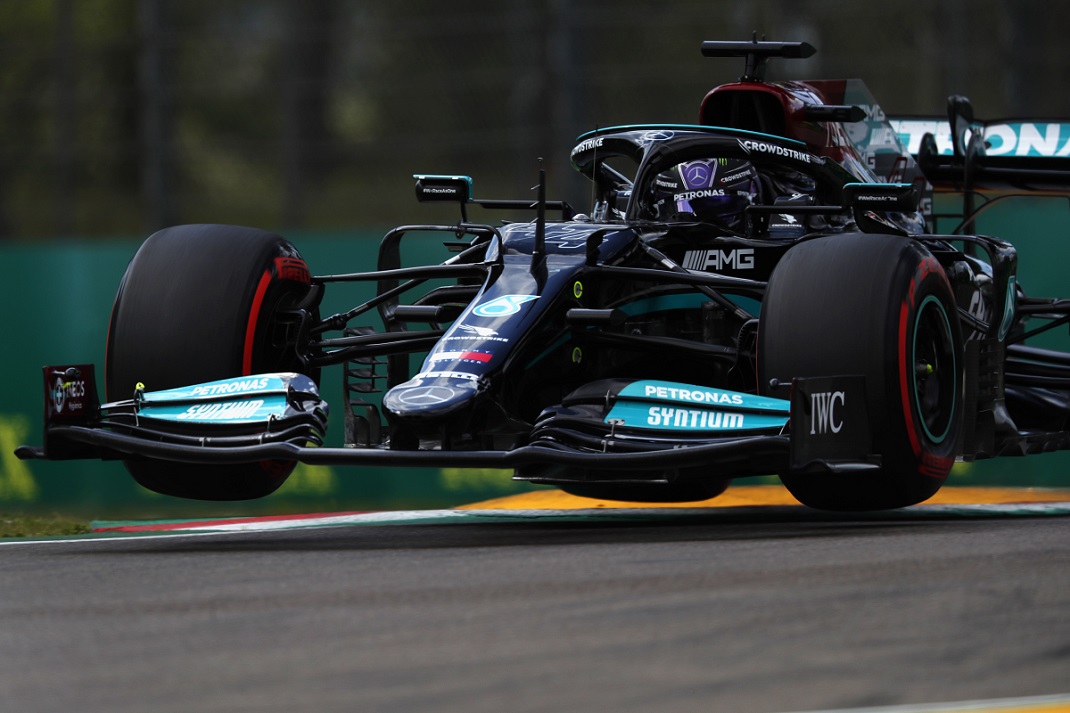 IMOLA, Italy – Lewis Hamilton added another tally to his Formula One pole position record during qualifying Saturday for the Emilia Romagna Grand Prix.

Hamilton powered to the top spot on the grid with a lap of 1:14.411 around the 3.050-mile, 19-turn Autodromo Internazionale Enzo e Dino Ferrari for the 99th pole of his F-1 career.

It was Hamilton’s first F-1 pole this season.

“Today has been great, obviously. I definitely didn’t expect us to be ahead of the two Red Bulls,” Hamilton admitted. “I think they’ve been so quick this weekend. There were times when they were six tenths ahead. We didn’t really know where they would be, but the car was already feeling a lot better from the beginning of this weekend, so you know, mad respect to the team for the hard work to really narrow down the window.

“This track is all medium and high speed corners, so I think that’s why we’ve closed the gap. Temperatures are much lower, which has brought us closer to the Red Bulls,” Hamilton added. “But they are so strong – it’s going to take absolutely perfect laps to stay ahead of them if we are going to have a chance at the win tomorrow.”

Both Red Bull drivers were within a tenth of a second of Hamilton’s pole-winning time.

Norris posted a lap that would have provisionally put him second to Hamilton in the waning moments of Q3, but that time was deleted for exceeding track limits.