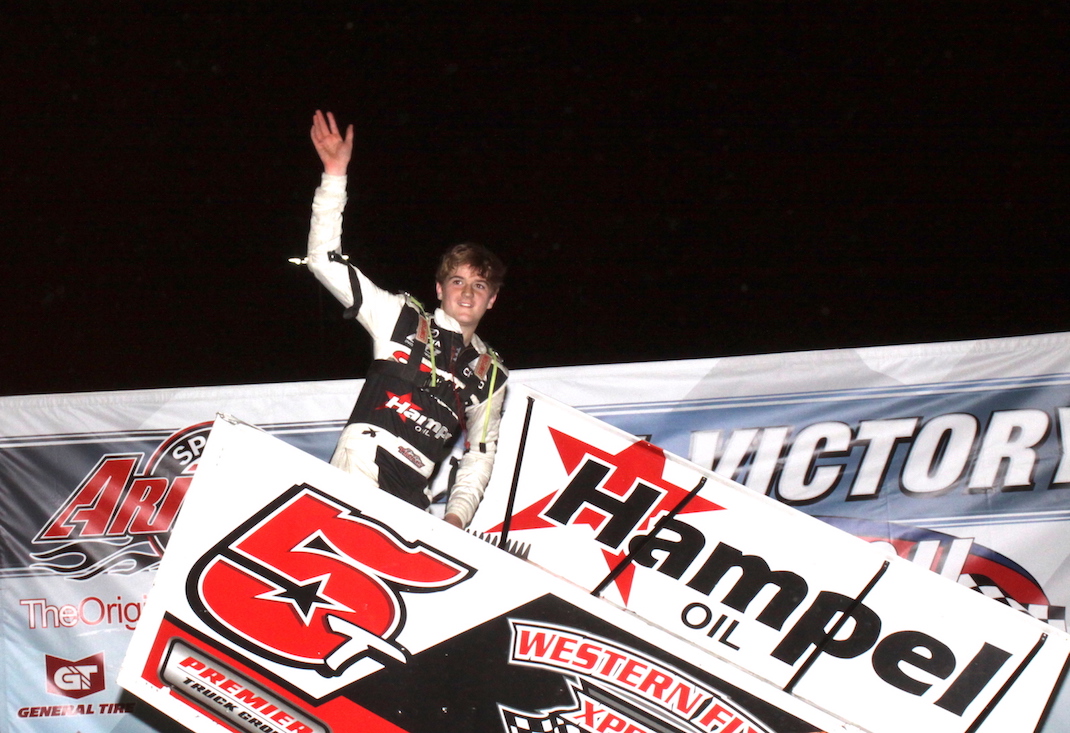 The 14-year-old Timms picked up his second career win but it wasn’t easy as Timms survived contact with a lapped car and Gennetten’s final-lap charge, including a sliding try to get past the winner on the final turn.

Timms wound up clipping the wall after the checker flews. In victory lane, he joked “that wasn’t ideal, but I guess it was better than during the race.”

Kyle Bellm led the first seven laps beore Timms sailed past on lap seven. A caution on lap 10 slowed the field and during the caution, Bellm had to pit for mechanical issues, ending his night.

Gennetten moved into second and trailed Timms by one second as a lap-14 caution came out. Timms and Gennetten were weaving thorugh lapped traffic when, on lap 18, the leader made contact with Jonathan Cornell while trying to lap him and Cornell’s car flipped to bring out a red flag.

“It was just wrong place, wrong time for both of us,” Timms said. “I’m lucky that nothing broke.”

Timms withstood Gennetton’s charge from there as the final seven laps remained green. He captured the victory by one second with Brandon Anderson finished third with Sean McClelland fourth and Jeremy Campbell fifth.

More in this category: « It’s Emerson Axsom In POWRi Midgets Spring Run Invasion Finale Goes To Thorson »
back to top