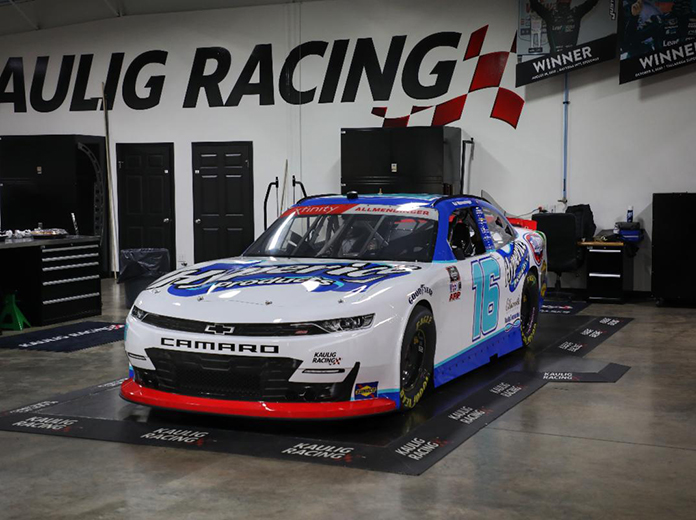 Allmendinger, who had a 12-year Cup Series tenure, won the Cheez-It 355 at Watkins Glen Int’l in 2014, while driving for JTG Daugherty Racing. He will drive the throwback car in Saturday’s NASCAR Xfinity Series race at Darlington (S.C.) Raceway.

“This was unexpected for sure,” said Allmendinger. “It’s definitely something that means a lot to me. That Cup win was really special at that point in my life for so many reasons. I spent a long time in the sport, and had many ups and downs. Looking at this car brings back great memories to think about what that day meant for me and everything that came along with it. Hopefully we can do the same thing and go out there, win the race, and burn it down.”

Following his retirement from full-time competition, Allmendinger joined Kaulig Racing to drive part-time in the 2019 and 2020 NASCAR Xfinity Series seasons where he earned three wins, eight top five, and 10 top-10 finishes. He then inked a deal with the team to drive full-time for this year in the Xfinity Series in addition to a part-time Cup Series program.

“A.J. is very special to us at Kaulig Racing,” said Kaulig Racing President Chris Rice. “He has done so much for all of us, both on and off the track, so we wanted to do something special in return to show our appreciation.”

More in this category: « Sweet Jumps To The Top Of National Sprint Rankings Two More For Dotson During California IMCA Speedweek »
back to top