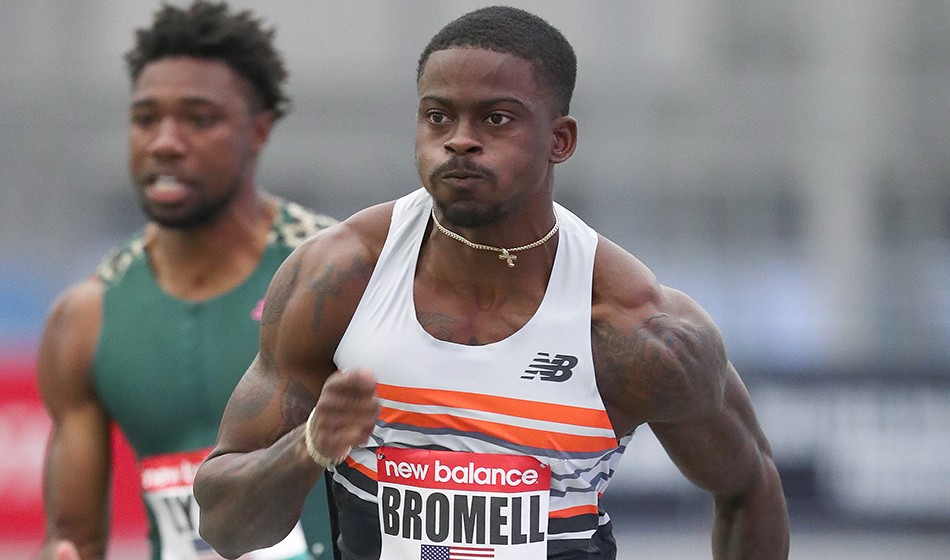 The biggest event of the weekend was the World Athletics Relays in Poland. To read our coverage CLICK HERE

However, there was plenty of other major action.

Britain’s Lina Nielsen substantially improved her PB to win the 400m hurdles in an Olympic qualifying 55.27 in beating Kiah Seymour’s 55.57. It moved her up to 10th on the UK all-time rankings.

Clermont, USA, May 2
Proctor improved to set her best mark for two years with a 6.77/1.9 leap with Jazmin Sawyers close behind with a wind-assisted 6.75/2.7.

Southampton Invitation Throws Event, Winchester, May 2
Lawrence Okoye continues to gradually close on the tough Olympic qualifying mark of 66.00m with a 65.56m win ahead of Nick Percy’s 61.26m.

Since breaking the British record with a 68.24m in May 2012, he has only once thrown further than that in the last nine years and it is superior to the 65.28m he threw in the Olympics to make the final in London 2012. It moves him to seventh in the 2021 world rankings.

The women’s race was also decided by a second with Mollie Williams beating Tessa McCormick in 16:25, while Holly Weedall, the UK Inter-Counties cross-country bronze medallist, was a close third in a PB 16:28 to go top of her under-17 age category as all three set PBs.

Kirsty Longley’s 16:48 went top of the UK W40 rankings while Stephen Watmough’s 16:34 PB at the age of 58 was the pick of some quality male vets results.

Britain’s Jake Norris was second in the hammer with a 69.40m throw.

Fellow Brits Aimee Pratt and Elizabeth Bird were second and third in the steeplechase in 9:38.99 and 9:44.52.

Bar, Montenegro, May 1
There was a Serbian shot put record for Armin Sinancevic with a European-leading 21.88m.

Mersin, Turkey, May 2
There was a world leading steeplechase of 8:15.77 for Algerian Hichem Bouchicha.

Kenenisa Bekele did not participate.

Guernsey Athletics Track & Field Series, St Peter Port, May 2
The 2019 European under-23 400m silver medallist Cameron Chalmers made a good season’s debut to go inside 46 seconds in a race he won by over five seconds.

South London Athletics Network Open, Coulsdon, May 1
Jahisha Thomas leapt 13.11m in the triple jump to go a close second in the UK rankings for 2021.

Reading AC Warm Up Competition, Reading, May 2
England under-17 indoor heptathlon champion Sammy Ball won the long jump with a 6.77m PB to go top of the UK under-17 rankings for 2021 and he also set a 15.00m PB in the shot.