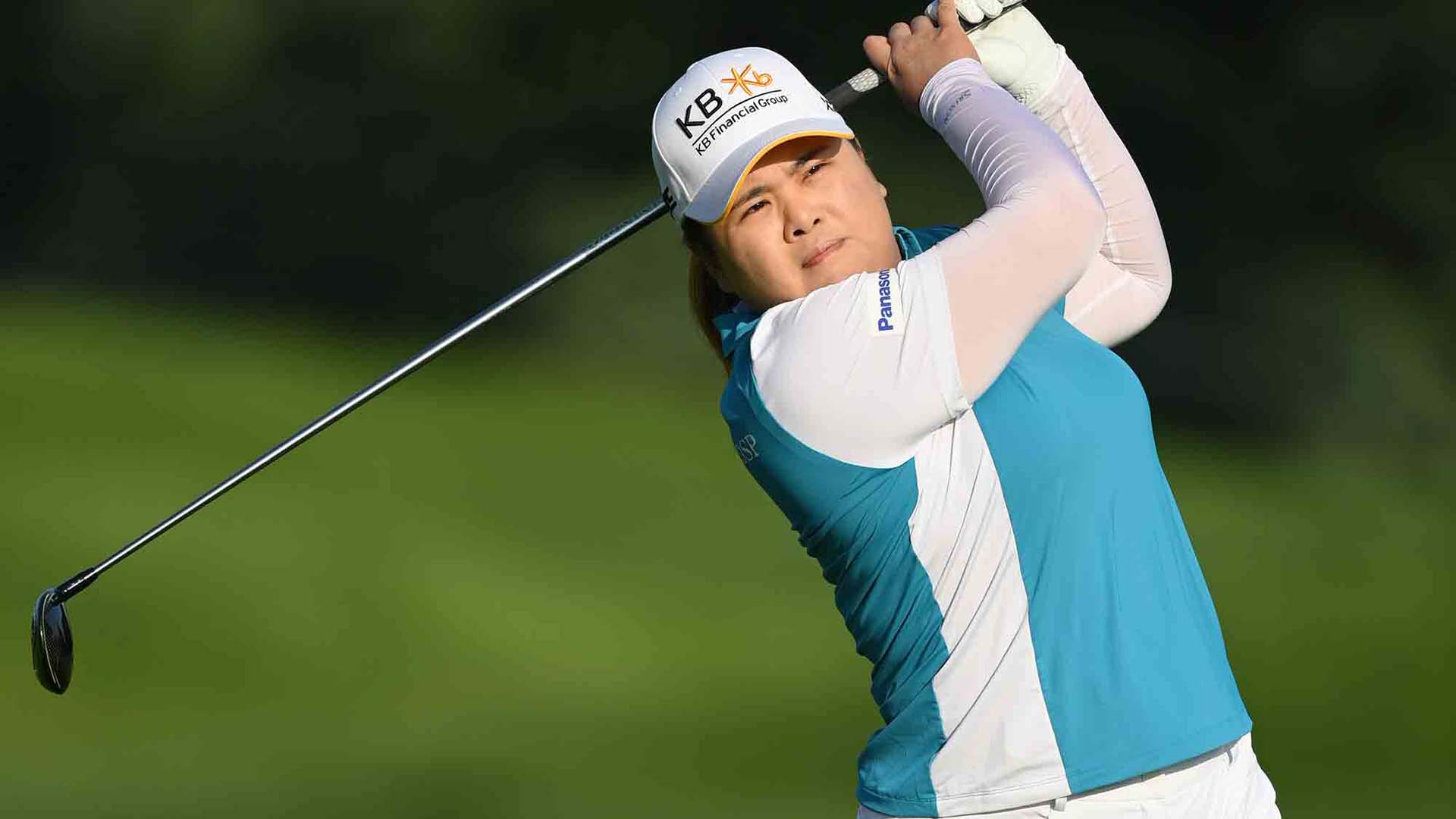 Since the Amundi Evian Championship became a major in 2013, no LPGA player has won all five majors.

Inbee Park, who won the tournament the year before it reached major status, when it was called the Evian Masters, would love to become the first.

“Obviously now a major, I definitely want to win another Evian Championship,” said Park on Wednesday in France.

Her 2012 victory marked her second win on the LPGA and first with husband, Gi Hyeob Nam, who is also her coach. She now owns 21 career LPGA victories, though of all the titles since marrying Nam, the Evian "is definitely the best one,” Park said.

Park also can trace back to the 2012 Evian as the moment when she started to putt exceptionally well. Evian Resort Golf Club is known for its treacherous greens, which challenge players' speed control and green-reading abilities.

It’s clear that near-perfect putting is critical to win this championship, and since that 2012 win Park continues to be known as one of the best putters on tour. According to LPGA stats, Park ranks second in putts per green in regulation (1.72) and third in overall putting average (28.77) this season.

“I think my putting has always been above average,” she said. “I don't try to be too greedy with the putter. Just trying to be very calm and very nice to my putter so it works.”

The Evian Championship will serve as Park’s preparation for the 2021 Olympics in Tokyo, unlike five years ago where Park took three months off from competition because of an injury to get ready for Rio de Janerio.

“This year I feel good,” Park said. “No injuries, so I am just playing tournaments before so I can get the good feel of competition.”

In 2016 in Rio, Park battled from behind to defeat Lydia Ko with a total score of 16 under. It remains one of her biggest accomplishments in golf, right up there with her major wins.

She hopes to add another Gold medal in a couple of weeks – ideally after completing the modern women's Grand Slam.