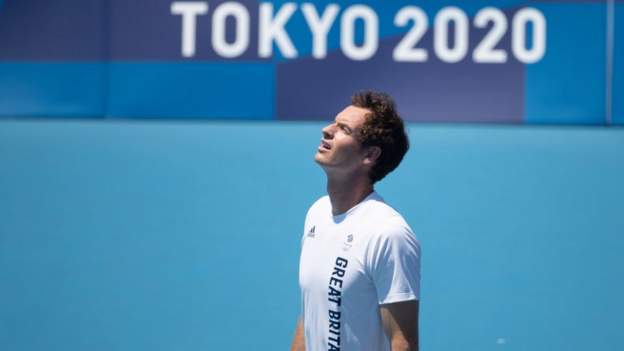 The Briton won back-to-back gold medals at London 2012 and Rio 2016 but has twice required hip surgery since and is currently ranked 104th in the world.

World number 15 Auger-Aliassime reached the quarter-finals at Wimbledon this month, knocking out fourth seed Alexander Zverev in the last 16.

Former world number one Murray won consecutive matches at a Grand Slam for the first time in four years when he reached the third round at this year's Wimbledon.

Britain's highest-ranked players Dan Evans and Johanna Konta were both forced to withdraw from the Olympics after testing positive for coronavirus.

Roger Federer, Rafael Nadal and Serena Williams are among big names not competing in Tokyo but Wimbledon champions Novak Djokovic and Ashleigh Barty are in Japan alongside home favourite Naomi Osaka.

World number one Djokovic is bidding for a 'Golden Slam' - Olympic gold and all four Grand Slams in one year - with the Serb having already triumphed at the Australian Open, French Open and Wimbledon in 2021.

He will open his campaign against Bolivian world number 139th Hugo Dellien.

Four-time Grand Slam champion Osaka, meanwhile, faces China's Zheng Saisai in the first round in the Japanese player's first match for almost two months since she withdrew from the French Open to look after her mental health.