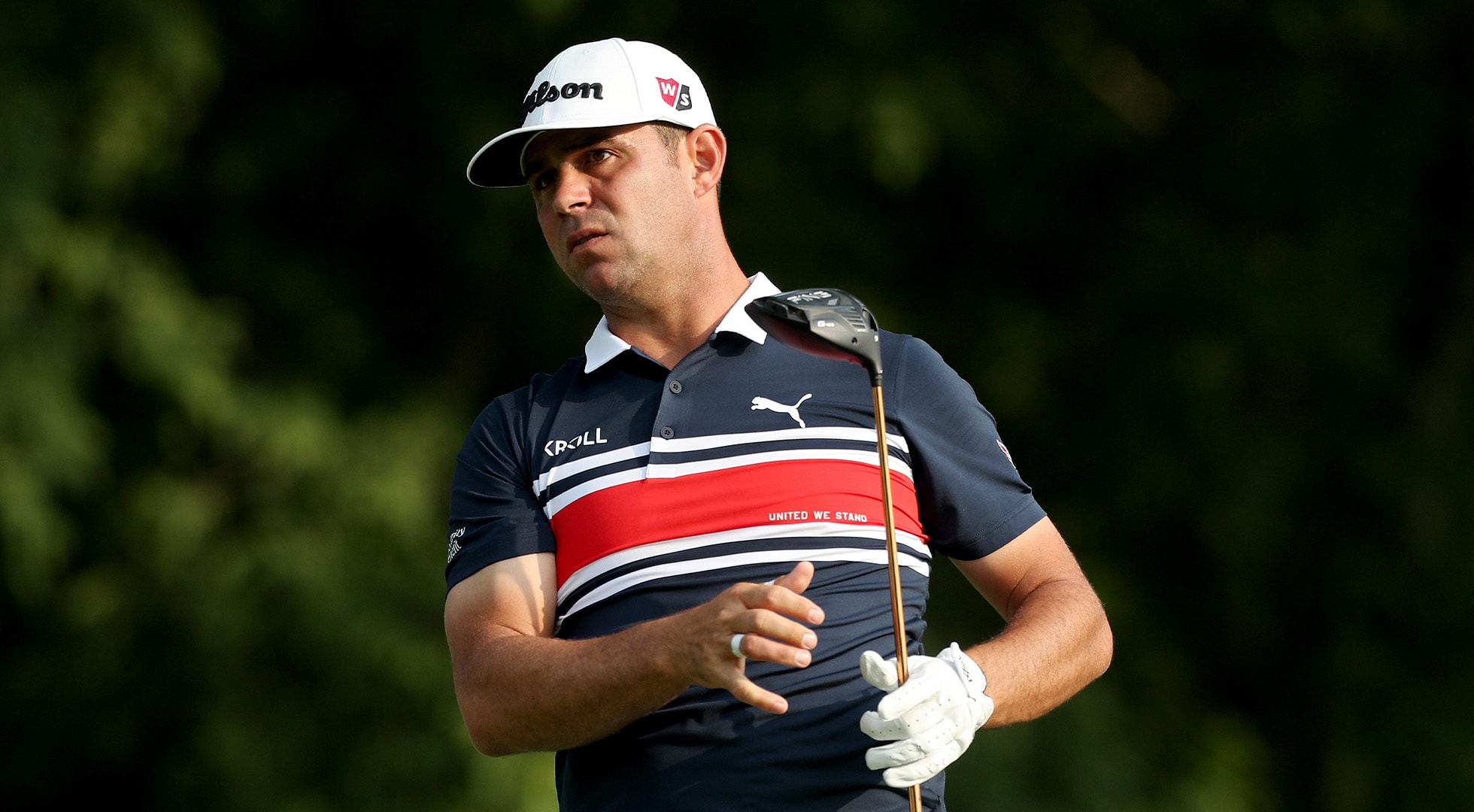 Gary Woodland hit a slice that's usually only seen on a public course - but the fact that he salvaged par after his slice is nothing short of a miracle.

On TPC Twin Cities' par-5 18th, Woodland's tee shot went so far right it avoided the body of water adjacent to the fairway and landed in the rough on the other side of the water.

The 3M Open's finishing hole, considered one of the hardest on the PGA Tour, has put 28 balls in the water throughout the first three days of the tournament. But Woodland's shot was just bad enough to land him a good look 228 yards from the hole.

"Eighteen's a tough golf hole," Woodland said. "It was nice in the practice round, it was downwind. Now it's coming into the wind, the fairway slopes to the water and you want to give yourself a chance so you're trying to play down there. Left's not an easy layup as well. I got stuck there and I got fortunate, it got right of the water. It's a tough tee shot. It's a great finishing hole. The wind will be in again off tomorrow so it should be an exciting finish."

After smashing his second shot 253 yards over the water, where it landed 77 yards in the rough beside the green, Woodland faced a new challenge, getting around the water to his next shot, which he had to receive a special escort through the parking lot for.

"I got a shortcut, I guess," Woodland said. It was a good break. It was unfortunate I hit it over there, but happy walking away with par after that."

Woodland had an opportunity for birdie with an 8-foot putt but his heroics deflated when the putt fell a foot from the hole. He then converted a tap-in for par.

The 2019 U.S. Open winner sits in second place tied with Maverick McNealy at 11 under after shooting a 67 on Day 3. He remains one shot back of Cameron Tringale for the lead.

Woodland is looking for his first win since the 2019 U.S. Open and currently sits one spot out of the FedExCup Playoffs at 126th in the standings.