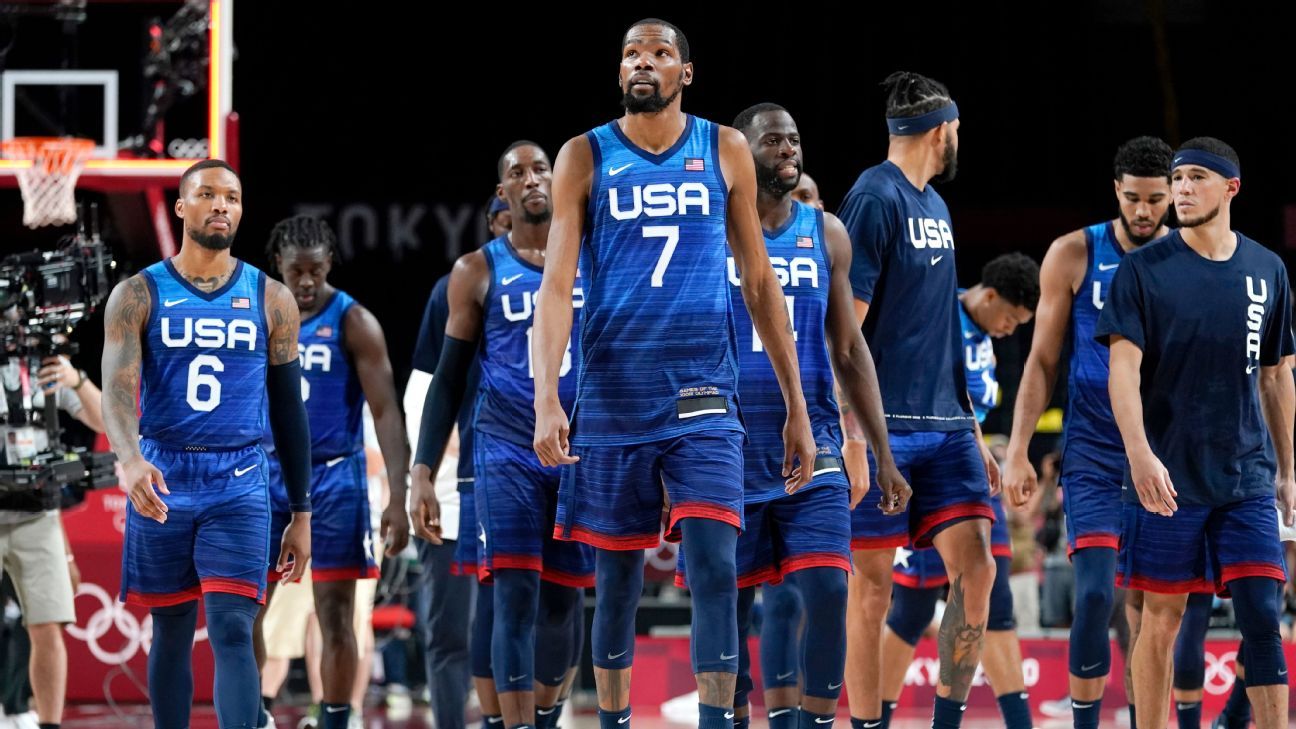 SAITAMA, Japan -- Team USA's invincibility in men's basketball is long gone, and the journey to a fourth consecutive gold medal is already fraught with adversity.

France gut-punched the Americans with a brilliant finish for a 83-76 victory to open the Tokyo Olympics on Sunday. It snapped a 25-game Olympic winning streak dating back to 2004 for Team USA.

The final blow came when Evan Fournier drilled a 3-pointer with a minute to play to give the French the lead for good, completing its comeback after the U.S. had a six-point lead with four minutes to play. It was the biggest of his 28 points in one of the finest games he has played in his career.

It was followed by an incredible possession in which the Americans managed to get five shots off and missed them all. The final three were wide-open 3-pointers by Zach LaVine, Kevin Durant and Jrue Holiday.

As amazing as it was to see all those misses, it summed up a stretch run in which Team USA was vaporized in a second half where it was outclassed from the coaching box downward.

Team USA, loaded with offensive talent and built to be the best shooting team in the tournament, didn't make a basket for the last four and a half minutes. Over and over the Americans got open looks and over and over they missed them. The team has various chemistry and timing challenges, but horrid execution cost it badly in this one.

It is the second time in the past three years France has beaten Team USA. The first time was the 2019 World Cup in China, which featured a lesser American team. It mattered not to Fournier, who had 22 points in that game.

Coach Gregg Popovich, who said he'd been thinking about this rematch for years and certainly daily since the game was drawn in February, never discovered how to slow down Fournier as he repeatedly got free for open looks on the perimeter.

Holiday, who flew 6,000 miles to Japan and arrived at 1 a.m. on game day, scored 12 points in the fourth quarter to help the U.S. get in position to win.

But the Americans' main offensive weapons melted down the stretch. Durant played the worst game of his storied Olympic career, getting in foul trouble and shooting just 4-of-12. Damian Lillard was 3-of-10 and was so out of sorts that Popovich took him out of the game late in the fourth quarter.

The Americans now must win their final two pool play games against Iran and the Czech Republic to advance to the medal round.