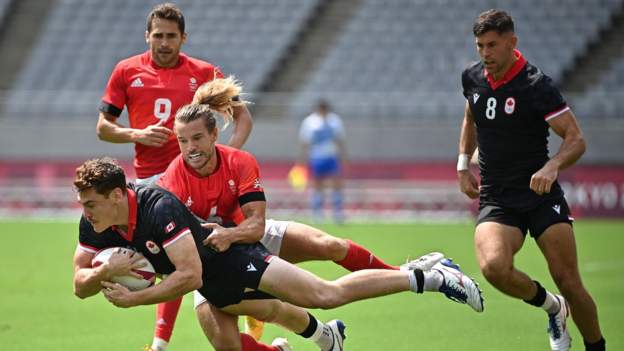 Great Britain's men are in the Olympic rugby sevens quarter-finals after pool wins against Canada and Japan.

Great Britain beat Canada 24-0 before a 34-0 victory against Japan.

Their quarter-finals place was secured when defending champions Fiji - who are also through to the knockout stages - beat Canada 28-14 later on Monday.

Rio silver medallists Great Britain face Fiji - whose victory four years ago was their country's first ever Olympic medal - at 01:30 BST on Tuesday in their final pool game, with the quarter-finals beginning at 09:30 BST.

The 12 teams are split into three groups of four, with the top two sides and the two best third-placed teams qualifying for the knockout stage.

Great Britain will also compete in the women's event, which begins on Thursday.