When Michael Jordan competed in Western Amateur, played with Phil Mickelson and got beat by 32 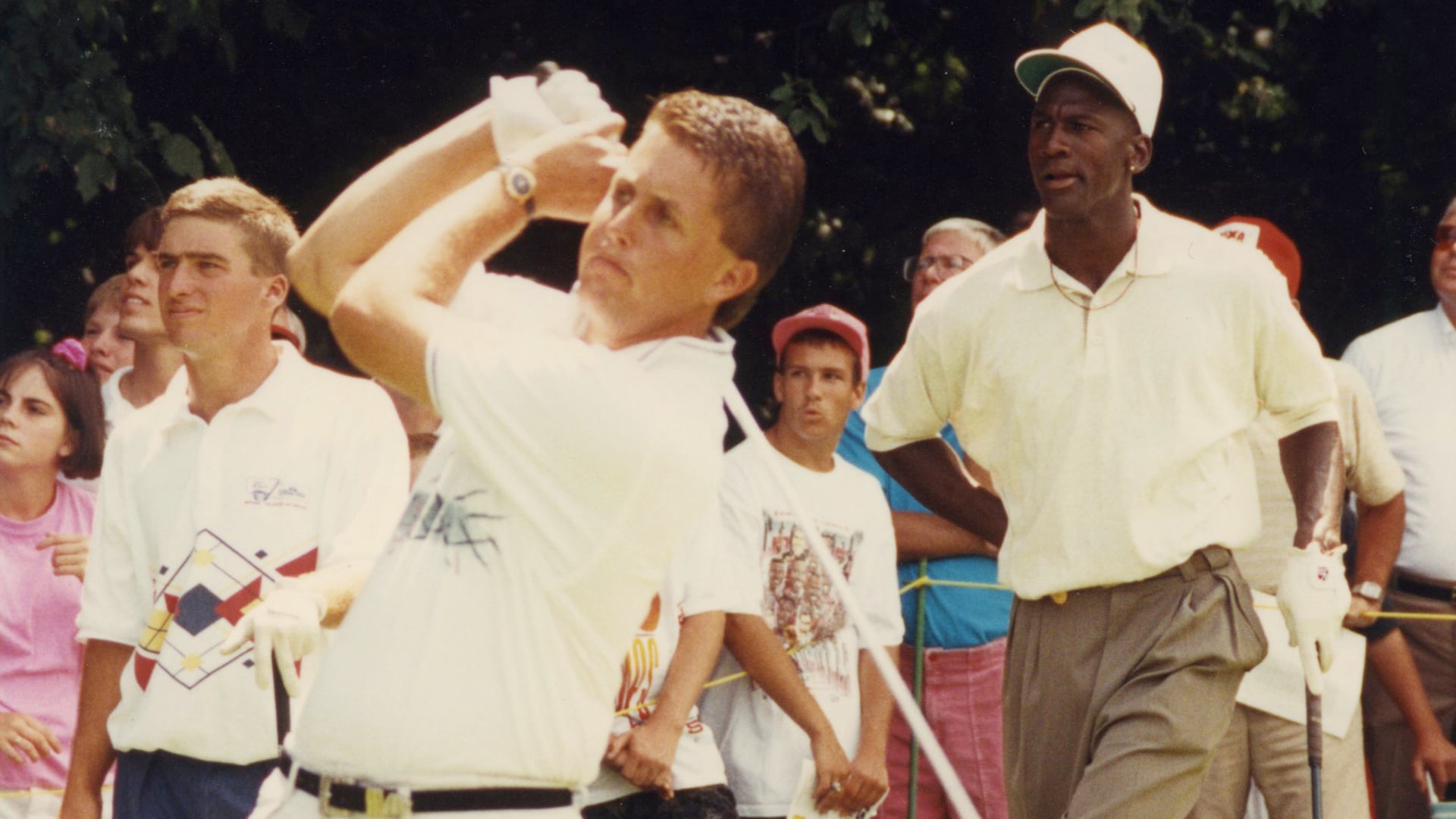 The Western Amateur is considered one of the most prestigious tournaments in amateur golf, attracting the best amateur players in the world since 1899. Tiger Woods won it, in 1994. So, too, did Jack Nicklaus (1961), Francis Ouimet (1917) and Chick Evans (eight times). Even the list of players who haven’t lifted its trophy is impressive: Jordan Spieth, Dustin Johnson, Justin Thomas, Xander Schauffele, Michael Jordan…

Yes, even Air Jordan is a Western alum.

The Western Amateur has a history of extending exemptions to athletes from other sports, including former MLB slugger Mark McGwire and ex-NFL quarterback Tony Romo. Jordan received his spot in 1991, less than two months after he won his first of six NBA titles with the Chicago Bulls, and to celebrate the occasion he was paired alongside reigning U.S. Amateur and NCAA Championship winner Phil Mickelson, who earlier that year had also won a PGA Tour event as an amateur.

“Phil asked for the pairing,” tournament director Peter de Young said at the time. “He said he could handle the crowds better than anyone else.”

Estimated crowds of nearly 5,000 people showed up to Point O’ Woods Golf and Country Club in Benton Harbor, Michigan, for each of the first two rounds of stroke play. Despite his popularity, Jordan, who was a 3-handicap, was a controversial inclusion in the field as he was serving on the board of the Western Golf Association.

The 119th Western Amateur will be contested Tuesday-Saturday at Glen View Club in Glenview, Illinois. Here is everything you need to know.

Jordan’s performance did little to silence the critics. He opened in 13-over 85, hitting just three fairways and seven greens and needing 36 putts, and followed with a second-round 81 to miss the cut at 24 over, 32 shots worse than Mickelson, who led the field by eight shots at 8 under after 36 holes.

"He's charisma on legs," Mickelson said after the first round. "There's something special about the man."

Jordan, who took a lesson with Point O' Woods pro, Fred Reeder, between rounds, did shoot 39 on his final nine despite opening the nine with two water balls and a triple bogey. He later called his first foray into high-level competitive golf “the best experience I ever had in golf.” But he also admitted to nerves.

"I'm known as a confident athlete, but I found myself doubting myself," Jordan said. "It took me a while to really get over my nervousness. ... I never really got over it. I can’t remember the last time I was this type of nervous. It had to be 1982, my first year in college. When I made a mistake, I got down on myself. But I’m not going to get discouraged. I’m not going to throw the clubs in the water and keep on going. I’m not at that point — yet.

"If my jump shot isn’t falling, I go to the layup. You can’t do that in golf."

Chris Smith, an Ohio State standout who joined Jordan and Mickelson for the first two rounds, recalled for Chicago District Golfer quite the story about autographs. After the first round, the players made their way through a throng of people asking for signatures. Mickelson had a Sharpie in his pocket while Jordan did not.

"Michael is signing one as he’s walking and handing the pen back," Smith said. "Phil sat there and signed a hundred autographs and Michael had gotten to the scoring table 10 minutes earlier and signed five autographs. We’re signing our scorecards and Phil hands Michael a Sharpie and says, 'Hey, you should carry one of these in your pocket. People want your autograph.'

Jordan also was asked that week if he’d ever consider trading some of his basketball talent for golf talent.

“That's asking a lot,” he replied. “Not right now. Four years down the road, that's another story. My basketball skills are very dear to me. They make me my living. My golf swing is not going to do that for me right now.”

While Jordan hoped to play another Western Amateur, his experience was one-and-done. He went on to win five more titles with the Bulls – with a short baseball career mixed in. Mickelson, meanwhile, won that week, defeating Justin Leonard in the match-play final, and now is a six-time champion himself – major champion, that is.