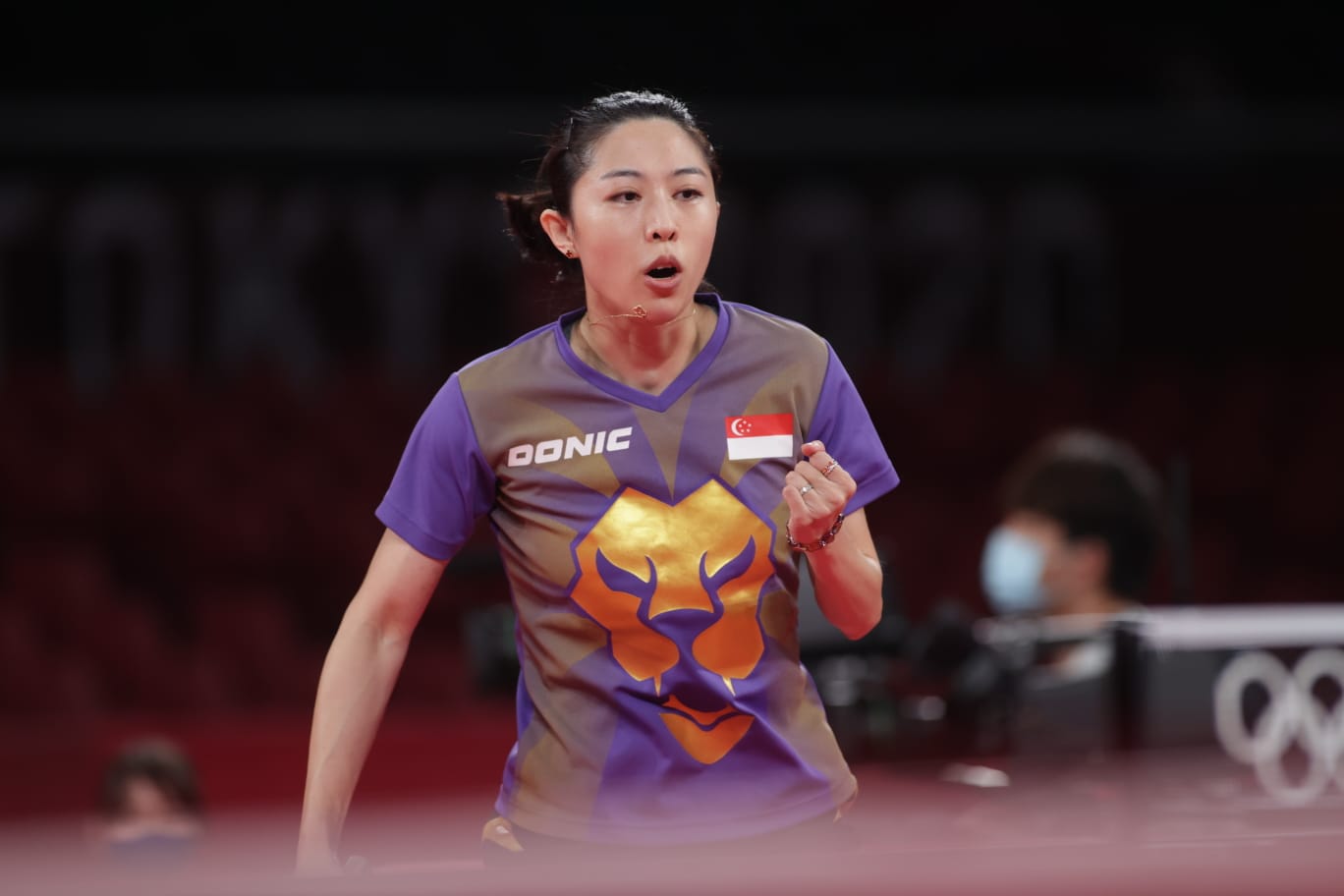 Singapore’s Yu Mengyu took down another home favourite Kasumi Ishikawa of Japan 4-1 (8-11, 11-5, 14-12, 11-6, 11-1) to book her place in the Women’s Singles semi-final. Yu had earlier beaten Mixed Doubles bronze medallist and world number eight Cheng I-Ching of Chinese Taipei in the third round. She followed up that victory with another win over American Liu Juan last night to set up a quarter-final meeting with Ishikawa, who had won eight of their previous 15 encounters. Yu, ranked 47th in the world, showed she was up to the task against the world number 10 Japanese. For the first time in her Tokyo 2020 Olympics Games campaign, Yu lost her opening game. But she fought back gallantly, beginning with a 11-5 win in the second game followed by a battling performance where she overturned a 8-10 deficit to win the third game for a 2-1 lead then. Yu extended her advantage over Ishikawa by taking the fourth game 11-6 before sealing victory with a 11-2 win in the final game to become the first Singaporean to reach the semi-finals of an Olympic Games table tennis Singles event since Feng Tianwei in 2012.