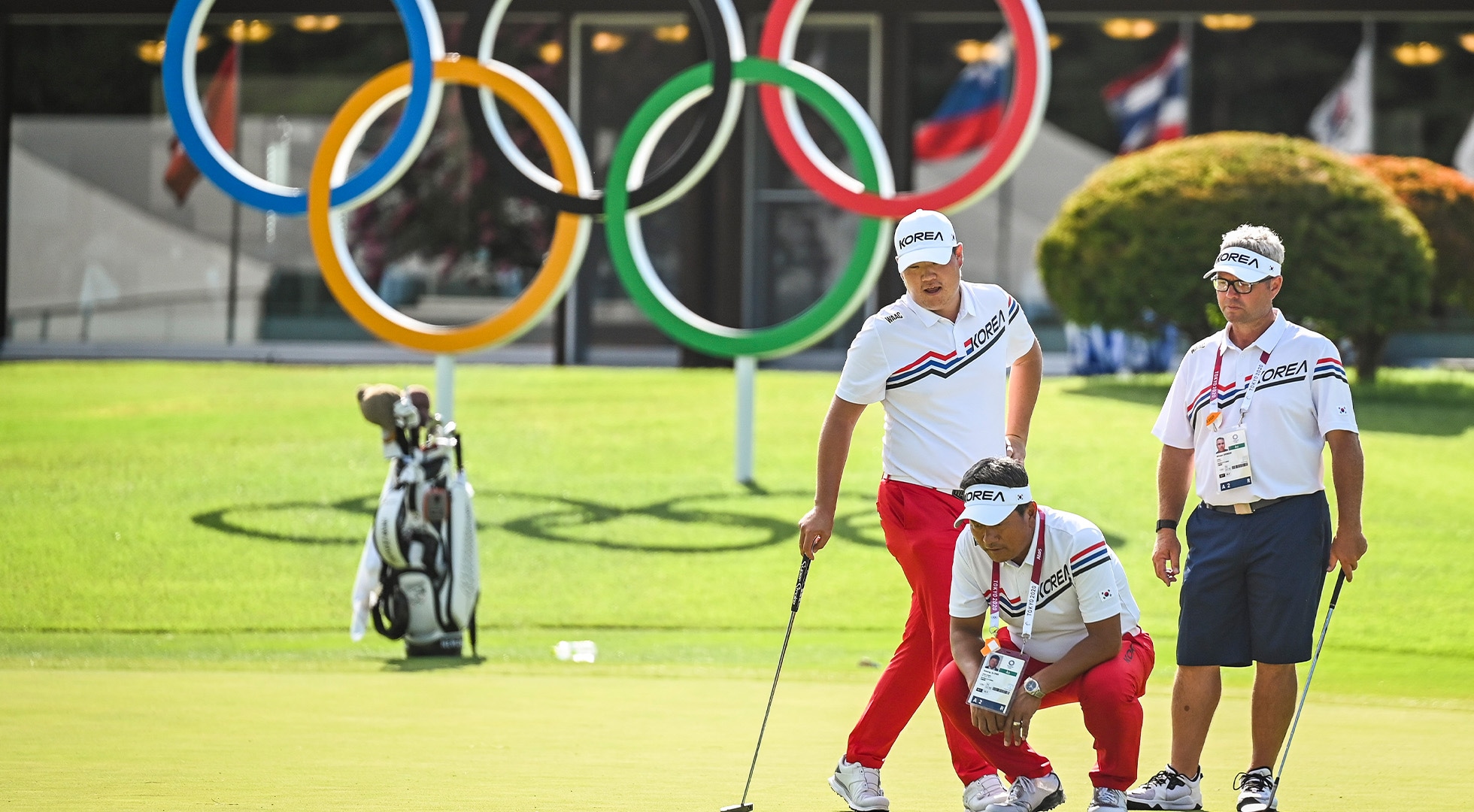 KAWAGOE, Japan – There is no shortage of reasons to want to represent your country in the Olympics, but for Si Woo Kim and Sungjae Im this week’s golf competition is about more than glory and country.

Kim and Im, who both skipped this month’s Open Championship in order to prepare for the Games, can earn an exemption from two years of mandatory military service in South Korea by winning a medal in Tokyo.

Although that’s a special kind of pressure, both players dismissed the notion that it will make things more difficult.

“I know it's true that if we earn a medal the Korean government will exempt us from serving in the military, but I don't really, like, focus or think about the service in the military,” Kim said. “My only goal is to win the championship and get medal and be honored.”

Im added, “I only think focus and think about the winning games, not the military problem.”

As for skipping The Open, the players explained the goal was to adjust to the new time zone before play started. “I made myself so comfortable and relaxed and prepared for the Olympic games,” Im said.