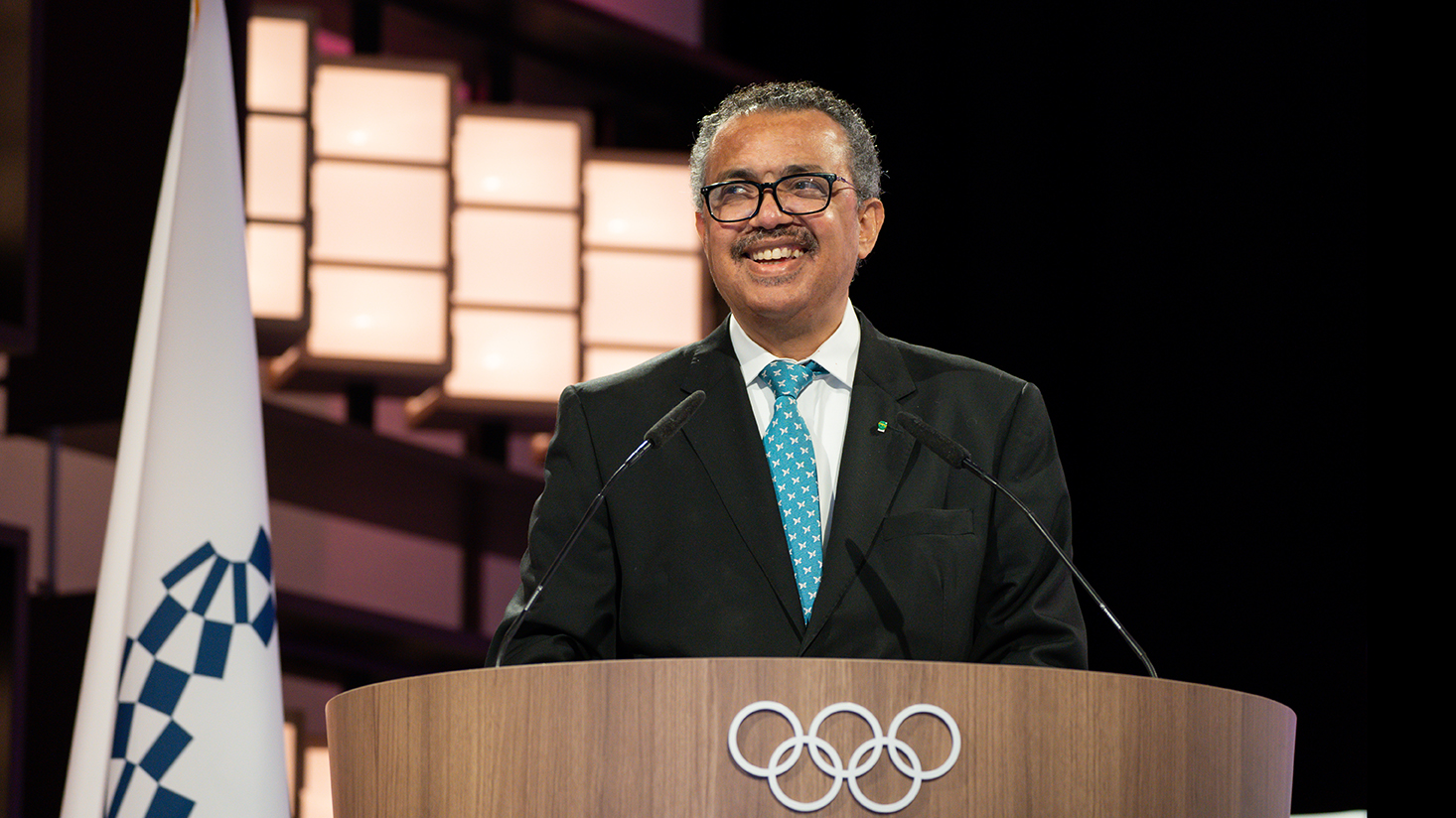 On Wednesday 21st July, those ideals were very much the theme for Dr. Tedros Adhanom Ghebreyesus, the Director General of the World Health Organisation, in his keynote speech at the 138th International Olympic Committee Session.

He came with a very clear message.

Most importantly he addressed the most topical subject of the pandemic and did not mince words; he was crystal clear.

Alarming figures, equally the figures relating to vaccines are most disturbing. They have been focused on the privileged. He underlined the fact that 75 per cent of vaccines had been administered in just 10 countries. In low income countries, only one per cent of people have received at least one dose.

Quite simply, the longer the situation persists, the longer the pandemic will continue; the more extreme will be the social and economic effects. Furthermore, the greater is the possibility of more variants.

In conjunction with the heads of the International Monetary Fund, the World Bank and the World Trade Organization Dr. Tedros Adhanom Ghebreyesus aims to institute a policy to vaccinate at least 10 per cent of the population of every country by September, at least 40 per cent by the end of this year, and 70 per cent by mid-next year.

There is no magical solution, no immediate end; the task is one of control, one of using common sense, one of not taking a selfish approach believing you will not be affected. Control is the key word, and it is the key word at the Tokyo 2020 Olympic Games; the efforts made receiving applause from Dr. Tedros Adhanom Ghebreyesus

Now the Tokyo Olympic Games Organising Committee faces the test, perhaps the most severe examination any such group has ever faced in sporting history. Crucial is the fact that everyone complies, everyone supports; it is no time for detractors.

We cannot anticipate perfection; the task is to make sure a situation is in place that keeps any problems in whatever sphere to a minimum. Elimination is not a realistic option, a situation which Dr. Tedros Adhanom Ghebreyesus stressed

Well aware of the efforts made by Japan and the need to follow health protocols, Dr. Tedros Adhanom Ghebreyesus stressed the importance of the Games in a wider sphere.

An end to the pandemic is the million dollar question. Dr. Tedros Adhanom Ghebreyesus stressed that such a goal is in our hands, in the hands governments, companies that produce vaccines, society in general and in particular individuals.

He thanked Japan for co-hosting the COVAX AMC Summit last month (Covax is a worldwide initiative aimed at equitable access to Covid-19 vaccines) and for contributing one billion U.S. dollars to the COVAX Facility. Furthermore, he underlined the fact any individual, organization or business can contribute to saving the lives of others by making a donation to the WHO Foundation’s Solidarity Response Fund.

Most significantly, Dr. Tedros Adhanom Ghebreyesus stressed the fact that the Olympic Games motto “faster, higher, stronger” is now more relevant than ever.

The Tokyo 2020 Olympic Games is a celebration, not just one of sport but most importantly one of humanity, one of expectation, promise and hope for the future.