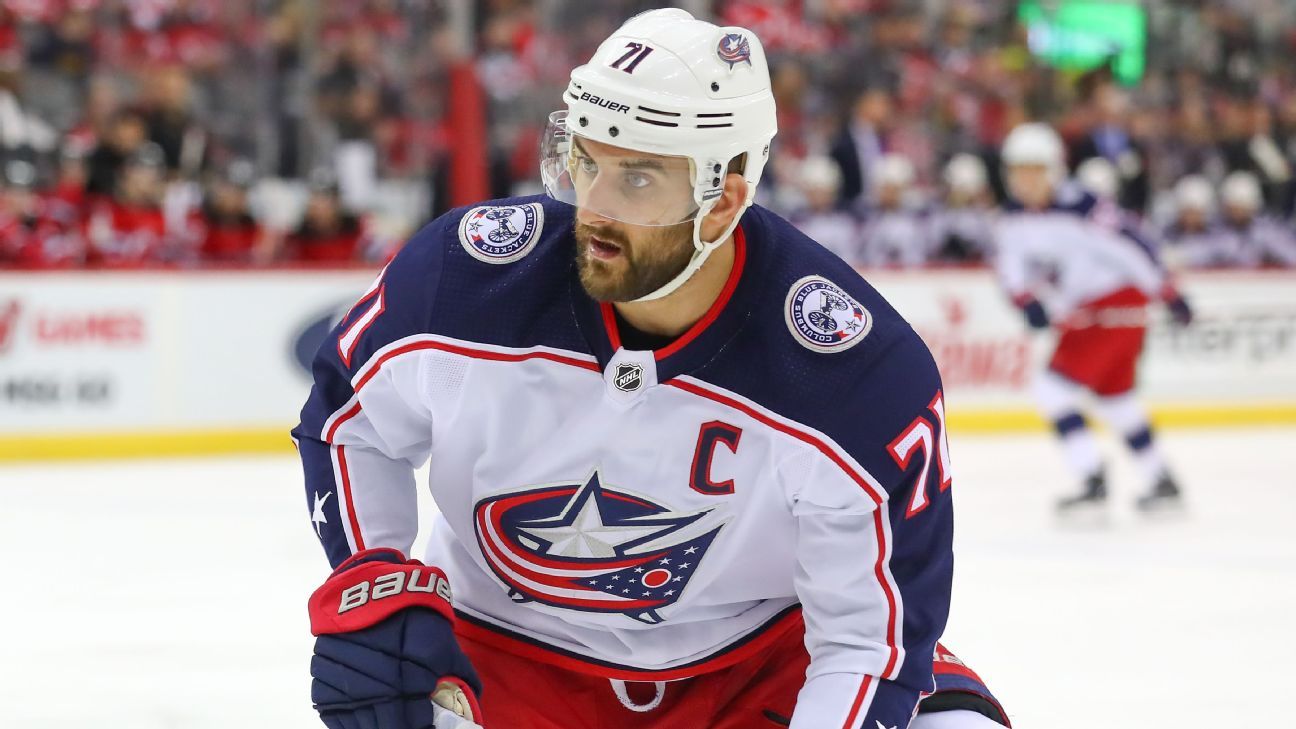 In addition to him feeling like Boston "was the right fit," Foligno told TSN during an interview that there was "a family element" to his choosing the Bruins on Wednesday.

Foligno's daughter, Milana, had successful heart surgery at Boston Children's Hospital in 2018 after she came down with a virus when she was 5 years old. She also had a procedure done at the hospital in 2013 after she was born with a heart defect.

"My daughter had her life saved at Boston Children's, so we had a little connection there," Foligno told TSN. "It's a pretty exciting time for our family."

The Toronto Maple Leafs gave up a first-round draft pick to acquire Foligno from the Columbus Blue Jackets as part of a three-team deal in April. The Blue Jackets' captain was supposed to supply the veteran leadership, strong defense and complementary goal scoring that would push Toronto over the top.

That didn't happen. Foligno, 33, had four assists in seven regular-season games and one assist in four playoff games as the Leafs' season again ended in disappointment.

Foligno's offense has stagnated in recent seasons. After a career-high 31 goals in 2014-15, he signed a six-year, $33 million deal with the Blue Jackets and has since exceeded 20 goals only once since.

"I just think it was the right fit," Foligno told TSN about his decision to sign with Boston. "... You just kind of follow your heart and your gut. And talking with Patrice [Bergeron] and Don Sweeney, it felt like the place that I was going to have the most impact and be able to be the player and impact the team the way I want to."

In other moves Wednesday, the Bruins signed goaltender Linus Ullmark to a four-year, $20 million deal. Ullmark, 27, started 20 games for the Buffalo Sabres last season, going 9-6-3 with a .917 save percentage and a 2.63 GAA.

Boston also inked Erik Haula to a two-year contract with an annual cap hit of $2.375 million. The 30-year-old forward had nine goals and 12 assists for Nashville last season. Overall, he has 94 career goals and 196 points with Minnesota, Vegas, Carolina, Florida and Nashville.

Defenseman Mike Reilly was a popular name for many teams looking for blue-line help, but the Bruins took him off the market on Tuesday with a three-year, $9 million deal.

Boston signed another defenseman in Derek Forbort. The 29-year-old, who had 12 points in 56 games for Winnipeg last season, reached a three-year, $9 million deal with the Bruins.

The team also traded away goaltender Dan Vladar to the Calgary Flames for a third-round pick in the 2022 NHL Entry Draft.