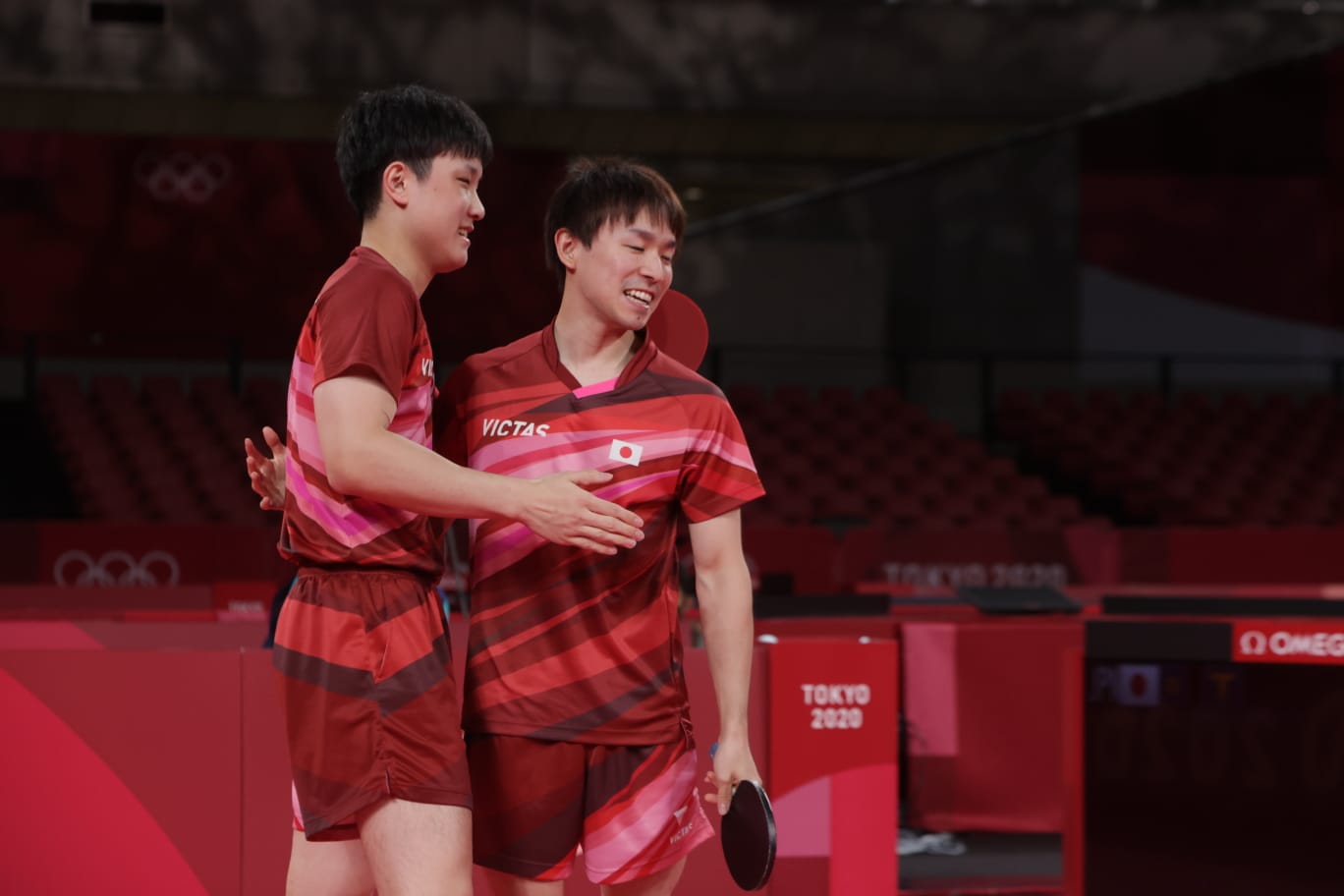 The host nation took over two hours to overcome Sweden as they won their quarter-final clash 3-1 to progress into the last four at the Men’s Team event. Tomokazu Harimoto and Koki Niwa secured the early point for the third-seeded Japanese by beating the Kristian Karlsson and Anton Kaellberg 3-1 before Mattias Falck levelled the score for Sweden with a 3-1 win over Jun Mizutani. After falling to Darko Jorgic in the fourth round of the Men’s Singles last week, Harimoto had a point to prove and he showed it by defeating Kaellberg 3-1. Niwa returned to action, closing out the fourth and final singles match with his 3-0 over Falck.

Germany outplays the Republic of Korea

Germany punched their ticket to the semi-final of the Women’s Team event after beating the Republic of Korea 3-2 in an enthralling five-game thriller. Shan Xiaona and Petrissa Solja, the reigning European champions, fell 3-2 to Shin Yubin and Jeon Jihee in the opening doubles match. But Han Ying dispatched Choi Hyojoo 3-0 in 25 minutes to restore hope for Germany. The momentum swung back to the Republic of Korea after Jeon beat Petrissa Solja 3-0 in the third match before Han took down 17-year-old Shin 3-1 to set up a nail-biting finish in the fifth match. Shan proved too strong for Choi as she won in straight games 3-0 to eliminate the Republic of Korea.

“I’m so proud of my teammates and we are now in the semi-finals. We believe in each other even though one of us may not be playing that well. But we still keep going. We will try our best and hopefully spring a surprise against China now,” said Solja.

More in this category: « Setting the standard as a player, the same for World Table Tennis Day Laurens Devos, starting as he left off »
back to top