US Open: Defending champion Dominic Thiem will miss US Open and rest of 2021 season 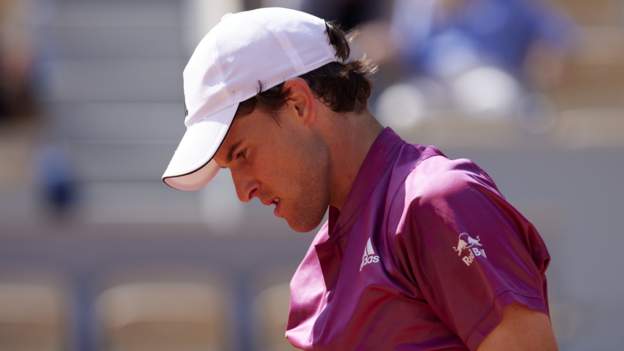 Defending US Open champion Dominic Thiem will miss this year's tournament and the rest of the 2021 season with a wrist injury.

The Austrian, 27, withdrew from Wimbledon and has not played since the Mallorca Open in June, where he sustained the injury.

He said it was a "tough decision" and is "disappointed" to not be able to defend his title in New York.

The US Open begins on Monday, 30 August.

The world number six broke the news on Twitter and said: "I've been following the medical advice - my recovery was going really well but last week I hit a ball in training and started to feel some pain again.

"After some tests, they said that my wrist needs more time, so we've all agreed on being conservative to give my wrist some time to recover.

"I have a long career ahead of me and it's important to not take risks and rush back."

The 2020 US Open was Thiem's first Grand Slam title, where he came from two sets down to beat Alexander Zverev.

He also reached the final of the 2020 Australian Open but lost to world number one Novak Djokovic.

Roger Federer will not compete at Flushing Meadows either for the final Grand Slam of the year after having knee surgery.

More in this category: « Britain's Dart makes US Open main draw for first time Ashleigh Barty into Cincinnati Open final with win over Angelique Kerber »
back to top