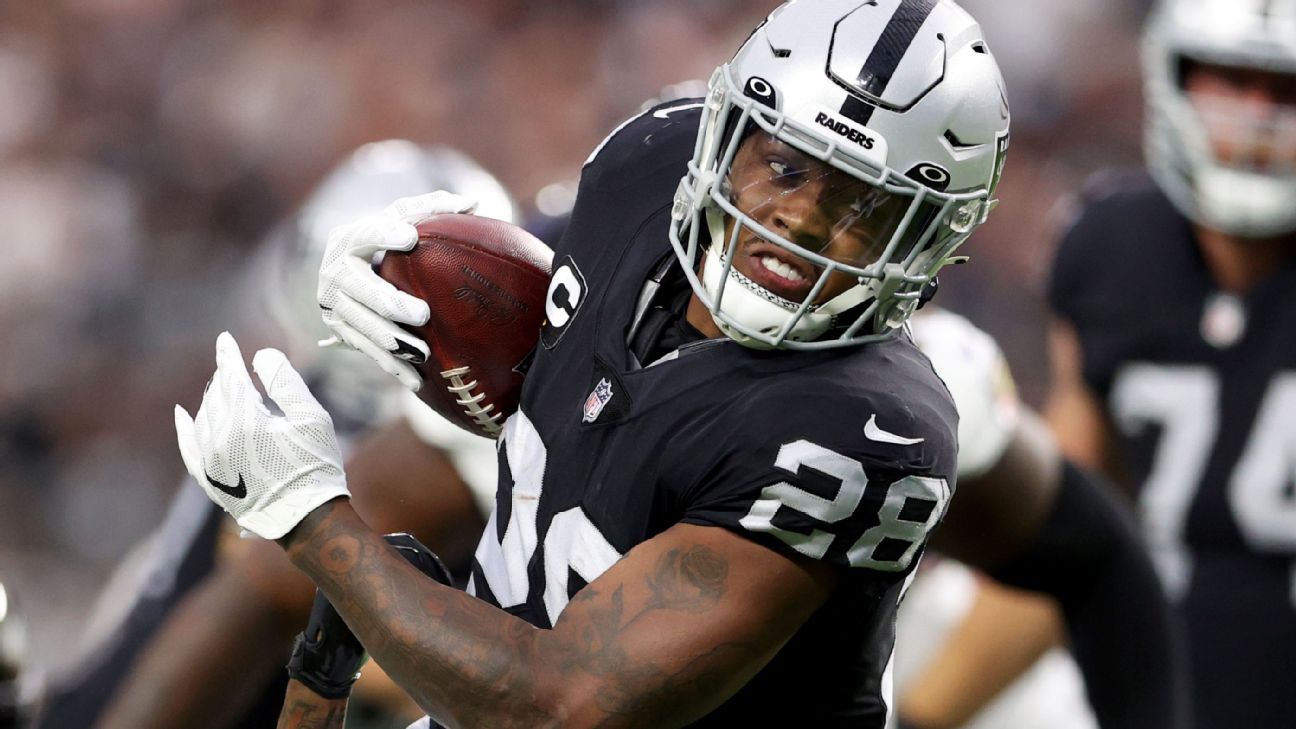 HENDERSON, Nev. - Las Vegas Raiders running back Josh Jacobs has been ruled out of Sunday's game at the Pittsburgh Steelers as the Pro Bowler missed practice all week with toe and ankle injuries.

Jacobs rushed for two touchdowns but only 34 yards on 10 carries in the Raiders' 33-27 overtime win against the Baltimore Ravens Monday night.

Raiders coach Jon Gruden said Peyton Barber, who signed with Las Vegas on Sept. 4, would get Jacobs' reps, with veteran Kenyan Drake remaining in the team's gameplan as a pass-catching back out of the backfield.

"We really like Barber, we think he's a heck of a back," Gruden said. "I like the way he runs and catches and picks up blitzes.

"We're excited about this opportunity to see what we have."

Jacobs, meanwhile, has a pair of 1,000-yard rushing seasons in his first two NFL campaigns but has yet to not miss a game due to injury. He missed three games as a rookie, when he rushed for 1,150 yards and 7 TDs and averaged 4.8 yards per carry, and missed one game last season, when his per carry average dropped to 3.9 yards while running for 1,065 yards and 12 TDs.

Last week, Jacobs said his practice workload would go down during the week to keep him fresh for games.

More in this category: « Cowboys OL Nsekhe hospitalized, out Sunday Packers to place OLB Smith on IR with back issue »
back to top