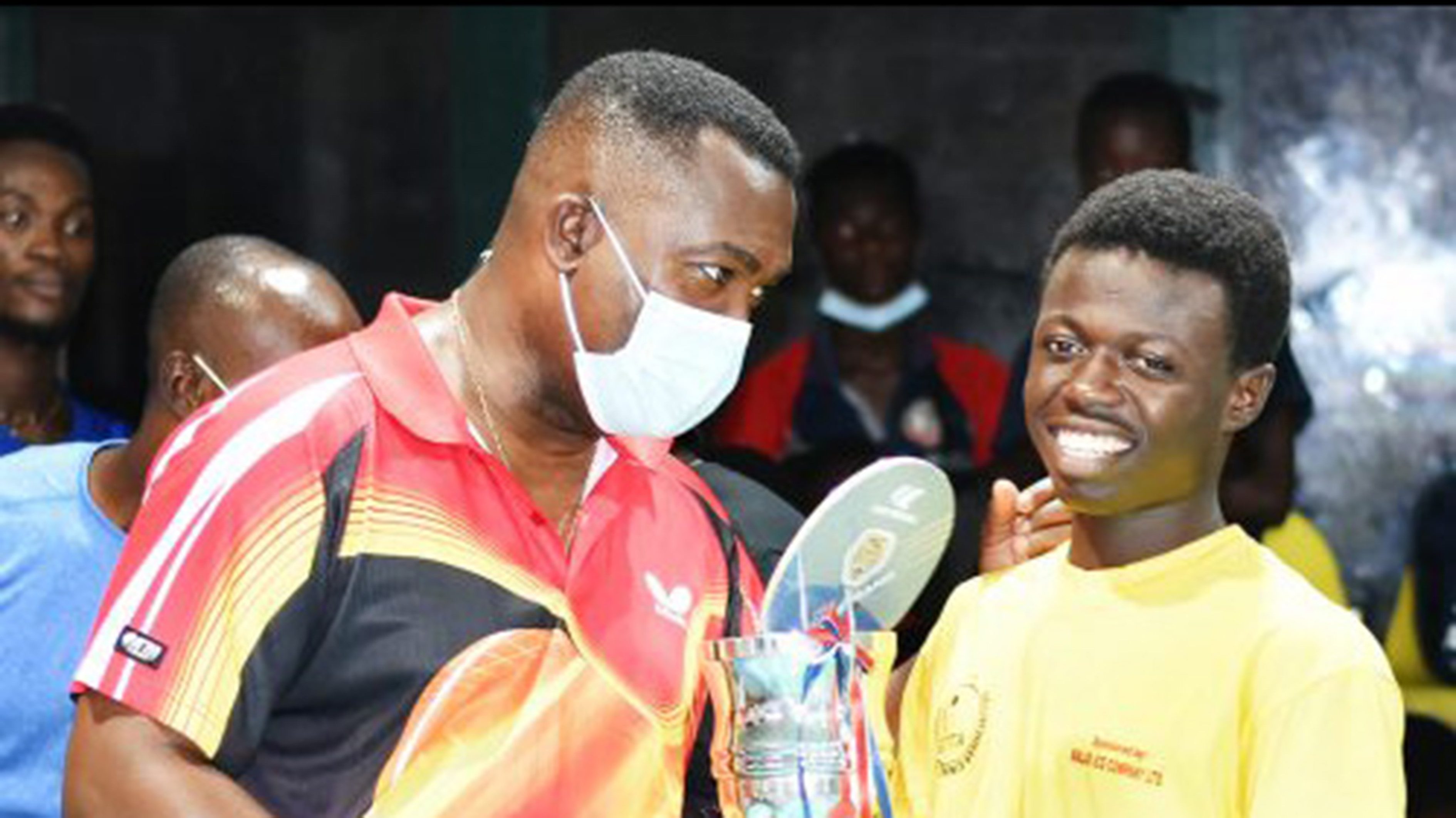 The self-help project was initiated by senior players who have benefited from representing Ghana in major international tournaments.

They were aiming to raise US$800.00 for the tournament but beat all expectations; they generated over US$1000.00.

Also, the tournament was supported by Ping Sans Frontières, an organisation whose goal is to use table tennis as an educational tool worldwide. They provided sponsorship in a form of table tennis rackets, rubbers, and training shirts.

There were three categories, namely under 11, under 15 and under 19 for both men and women.

Ibrahim Gado, a revelation at the 2019 African Junior Championships held in Accra, confirmed his status as the finest junior player in Ghana.

The tournament was the idea of Lord Kinful. He gained major support from one of Ghana’s most respected umpires Francis Frimpong as well as Ishmael Armah, Charles Techie-Menson, and Owusu Ansah.

More in this category: « Setting the standard as a player, the same for World Table Tennis Day Double success for India as Ghorpade and Mathan Rajan light up the stage »
back to top