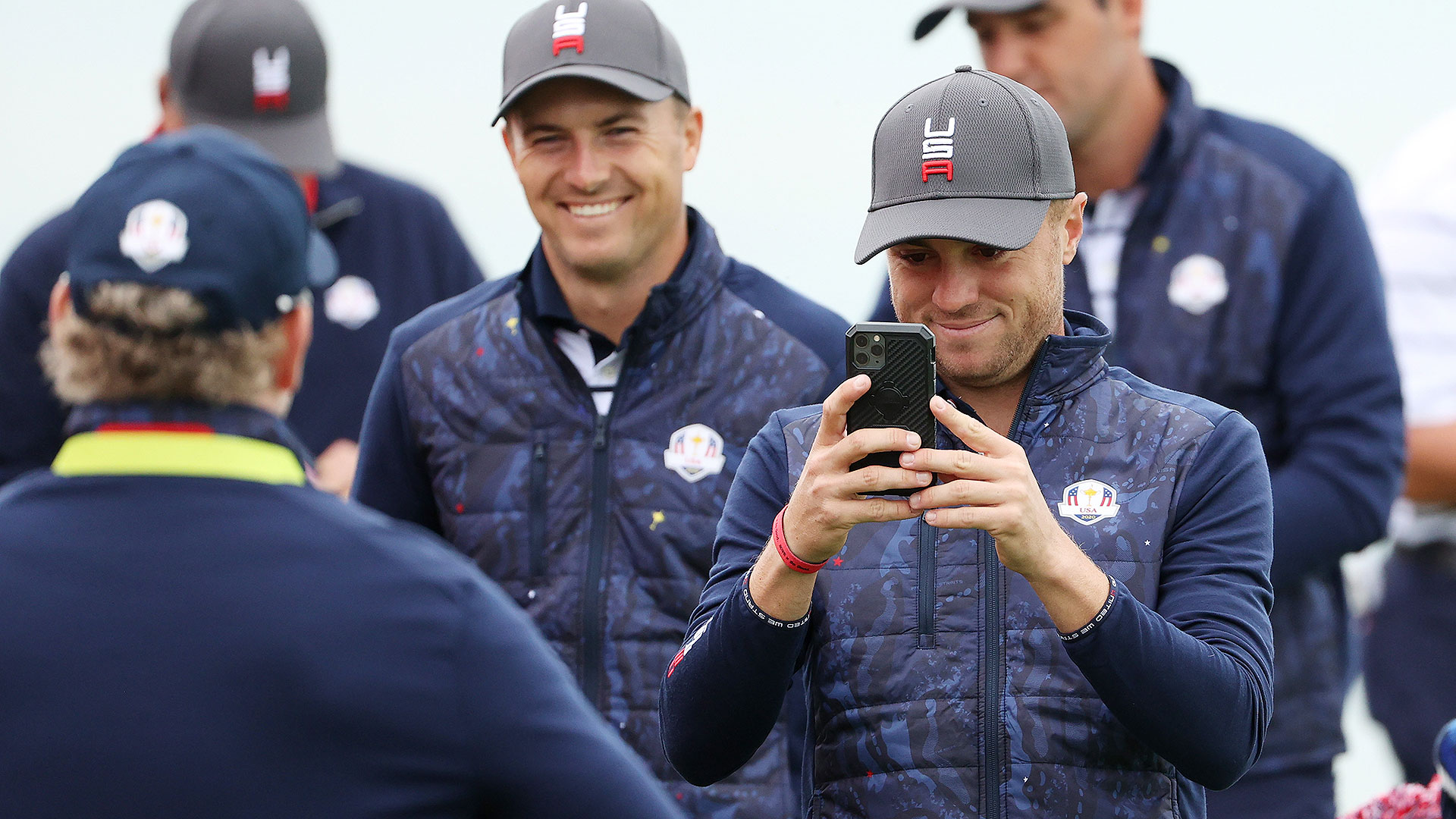 No two U.S. players have partnered more often in a Ryder Cup than Jordan Spieth and Patrick Reed, seven times, going 4-2-1 together.

That mark could fall this week.

Three years ago in Paris, France, U.S. captain Jim Furyk split up the productive Reed-Spieth pairing, much to the consternation of the Reed camp.

Reed went 0-2 with Tiger Woods as a partner. Spieth went 3-1 alongside Justin Thomas.

While Reed isn’t on this year’s U.S. squad, Spieth and Thomas have returned – as more than just teammates, one would think.

Judging by the early interview schedule and practice foursomes, current U.S. skipper Steve Stricker has no plans on separating these two.

Thomas, Spieth, Bryson DeChambeau and Scottie Scheffler are in the same pod, all four meeting the media Tuesday and all playing in the same foursome thereafter.

“I'm very excited to have the opportunity to play with Jordan because he's obviously a great buddy of mine and we get along so well," Thomas said, "but I think we understand each other's games well to know when we're needed, when we're not needed, and pretty much just stay out of each other's way, because we're both pretty good players and hopefully can go get some points for us this week.”

As the 43rd edition of the Ryder Cup gets ready for Sept. 24-26 at Whistling Straits, here’s a closer look at the U.S. team.

If Thomas and Spieth play all four sessions together this week, then they will own the mark for most U.S. partnerships in the matches.

As Spieth sees it, with a changing of the guard on the U.S. side – six rookies this year and an average age of 29 – expect a lot of familiar teams in the years to come.

“I think you'll start to see some pairings that guys find a lot of success in,” Spieth said, “and continue for a number of years given the average age and the caliber of players that are on this team.”