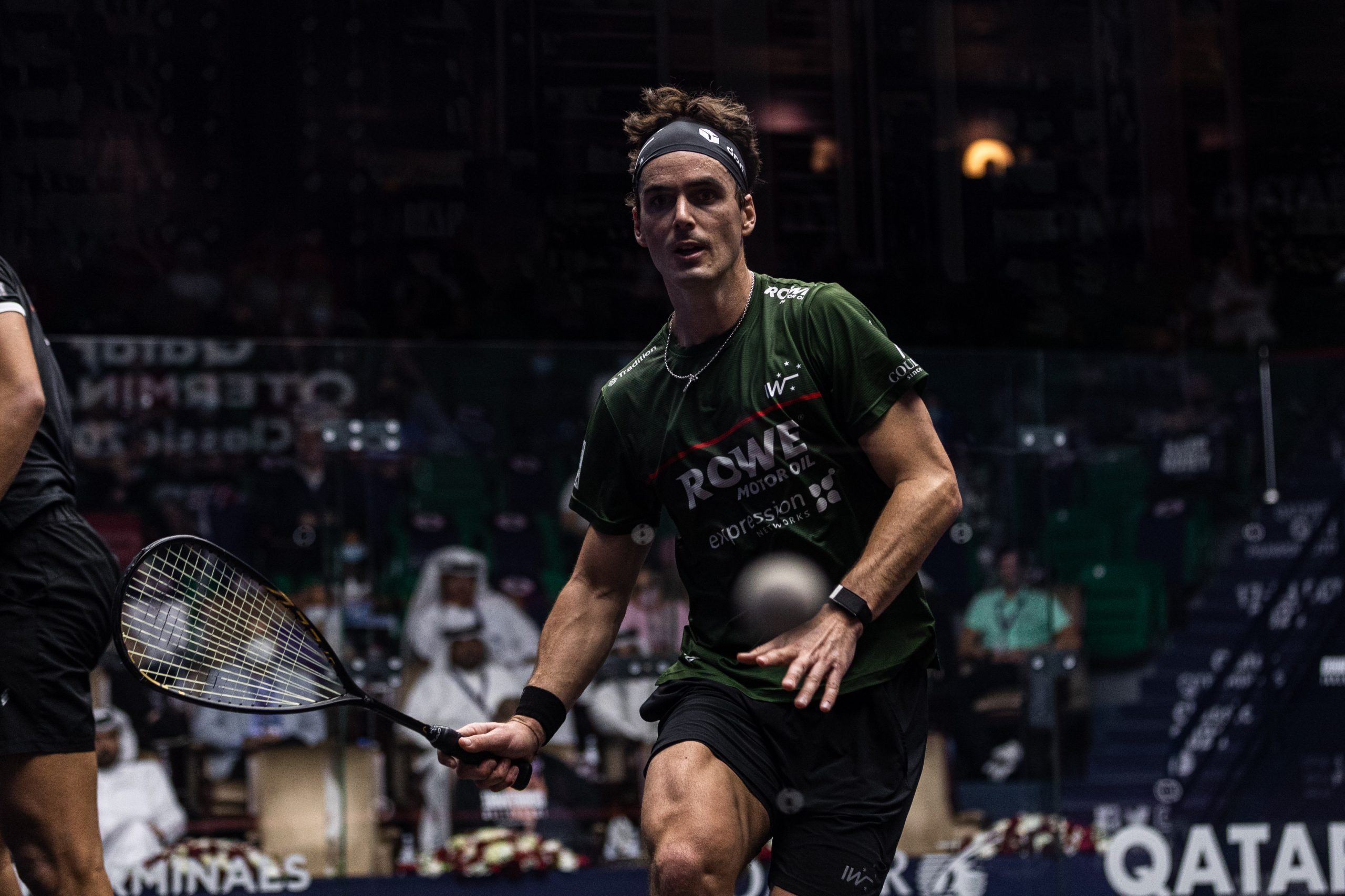 New Zealand’s World No.3 Paul Coll and Peru’s World No.8 Diego Elias will meet in the final of the Qatar QTerminals Classic on Saturday evening at the Khalifa International Tennis and Squash Complex in Doha.

Coll broke his duck against Egypt’s Mostafa Asal after Elias had beaten Welshman Joel Makin in the opening semi-final.

The pair had met three times previously on the PSA World Tour, with the 20-year-old Asal winning all of them. They had an average match time of over 95 minutes, but this match was nothing like the others as Coll showed his class throughout.

The New Zealander put an end to his winless streak as he switched up his tactics to keep composed and find his length and range against Asal, who looked to be struggling to find any consistent rhythm.

Coll said: “He’s one of the in-form players at the moment. When you get him in the draw you know it’s going to be brutal and tough. He had an incredible U.S. Open, and I’ve got big respect for how he backed up four five-setters in a row.

“But for me it was a huge mental battle and a hurdle I had to get over to beat him. I’m very happy with my performance today. I changed my tactics a little bit and it worked well for me.

“I had to get it past the volley, avoid the service area. His forehand is a big weapon. He’s so tight down this backhand that it’s a really good combination for him. I had to be really disciplined with my target hitting and get it past him.

“I love it. I’ve been saying all week third time lucky, so I hope tomorrow I can do it. I love coming to Qatar every year, I love this court and I’ve got a good feeling on it. Third time lucky would be great, I’m playing my good mate Diego, so I’m sure it will be a good battle. We said whoever wins is buying the drinks tomorrow night.”

Elias was on court against Makin in the opening semi-final. Both men were aiming to reach a Platinum level final for the first time, and were meeting for the first time since their Manchester Open final contest in August.

World No.8 Elias admits he has not been at his best this week in Qatar but made up for it with an accurate showing against a resilient Makin to become the first Peruvian to ever reach the final of a major PSA event.

He played the best squash he has all week to take an important first game, but Makin got himself back on track in the second, trying to put work into the legs of Elias as he drew level before a number of decisions and discussions with the referee started to affect the flow of the match.

The Peruvian did not let that get into his head, however, as he made the most of a string of errors from Makin to regain the lead before closing out in the fourth.

“I’m fit now, I don’t care if the rallies are long, I’m ready to play if I have to. In the morning, I came for like an hour to just do drops because it didn’t work in the whole week. The first three points my drops were already different, and they were going in quicker and better. When my hands are like this, I don’t mind, I can play for a while now.

“When I played (Mohamed) ElShorbagy here it was a good one, that’s one of my favourites. Today, I played an amazing match, Joel was getting some incredible balls back. I had to work really hard and I’m happy I stayed positive the whole match and got the win.

“I’m relaxed, and I’ll be ready tomorrow. I lost in the British with Paul, so I’m ready for my revenge and I’m excited for tomorrow.”

The final of the Qatar QTerminals Classic takes place tomorrow with play starting at 18:00 (three hours ahead of GMT). All the action will be shown live on SQUASHTV.

More in this category: « - Gina Kennedy jolts No.2 seed Joelle King to reach Detroit semi-finals »
back to top