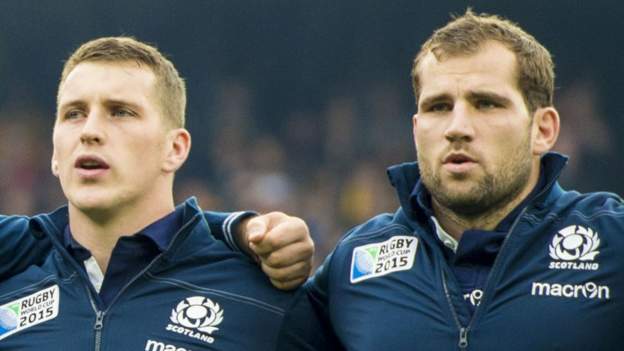 Scotland have lost centre Mark Bennett and hooker Fraser Brown to injury ahead of their opening Autumn Nations series encounter against Tonga.

Head coach Gregor Townsend has called up Edinburgh's Dave Cherry as a replacement for Glasgow Warriors' Brown for Saturday's game at Murrayfield.

Edinburgh back-row Magnus Bradbury has also come into the squad.

Zander Fagerson is one of six props in Townsend's pool for the autumn series and says the current squad is "the most competitive Scotland squad I've been involved in".

"It's a good opportunity to see some new guys coming in," the Glasgow Warriors player said.

"The young guys coming through are pushing some other players. Every new addition's brought something different.

"Tonga play physical rugbym so it's definitely up my street. They're going to bring very direct running routes."