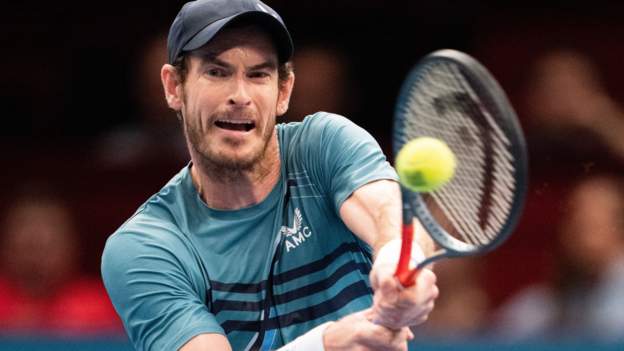 Britain's Andy Murray beat Hubert Hurkacz in three sets to claim his first win against a top-10 player this season and reach the second round of the Vienna Open.

Murray's victory came after a two-hour-40-minute battle with the fifth seed and world number 10.

"My movement has been getting a little better with each match," he said.

The 34-year-old added: "A lot of my movement is about anticipation and when you're not playing many matches - like I haven't been in recent years - you don't read the play quite as well.

"Now I'm starting to see the ball a little earlier and starting to react a little quicker, which means I will start to chase more balls down."

Success for Murray was his first in three attempts this year against Poland's Hurkacz.

The former world number one will now face 18-year-old Alcaraz, who he beat in Indian Wells last month.

Evans, 31, twice broke back to level in the first set before a costly service game - from a 40-15 lead - saw Alcaraz break again for the opener.