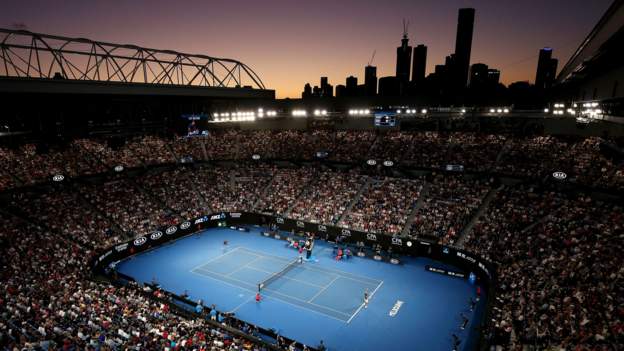 Doubts have again been raised regarding unvaccinated tennis players and whether they will be able to take part in the Australian Open after contradictory statements from key politicians.

On Wednesday, Prime Minister Scott Morrison said those without jabs would be able to enter Australia to play.

He added that entry would depend on the state of Victoria - which includes Melbourne - applying for exemptions.

But Victorian Premier Daniel Andrews has indicated the state will not apply.

"On behalf of every vaccinated Victorian who has done the right thing, my government will not be applying for an exemption for any unvaccinated player," said Andrews.

"If we don't apply for an exemption, then no exemption will be granted and then the whole issue is basically resolved."

Earlier this week, WTA players were told it seemed likely those without a vaccination would be allowed to play in the first Grand Slam of the 2022 season.

It said those who were not vaccinated would be allowed to enter Australia but face two weeks of hard quarantine and regular testing.

A significant number of tennis players, including 35% of those on the men's ATP Tour, remain unvaccinated. The WTA is yet to provide BBC Sport with the vaccination uptake percentage among its players.

Novak Djokovic, the men's world number one and nine-time Australian Open champion, said last week he did not want to reveal his vaccination status.

The 34-year-old Serb added he was unsure whether he would defend his title in Melbourne, where he could win a record-breaking 21st men's Grand Slam title.

With Australia's borders still closed to non-citizens without an exemption, entry remains under strict controls.

Melbourne fully reopened last week for the first time during the pandemic, following six lockdowns and more than 260 days under restrictions.

But unvaccinated people are not allowed to enjoy some freedoms in the city, including pubs, restaurants and sporting events.

Tennis players must abide by the same rules as Victorian residents, said Andrews.

"I'm not going to require people sitting in the grandstand, people working at the event, to be vaccinated while players aren't," he said.