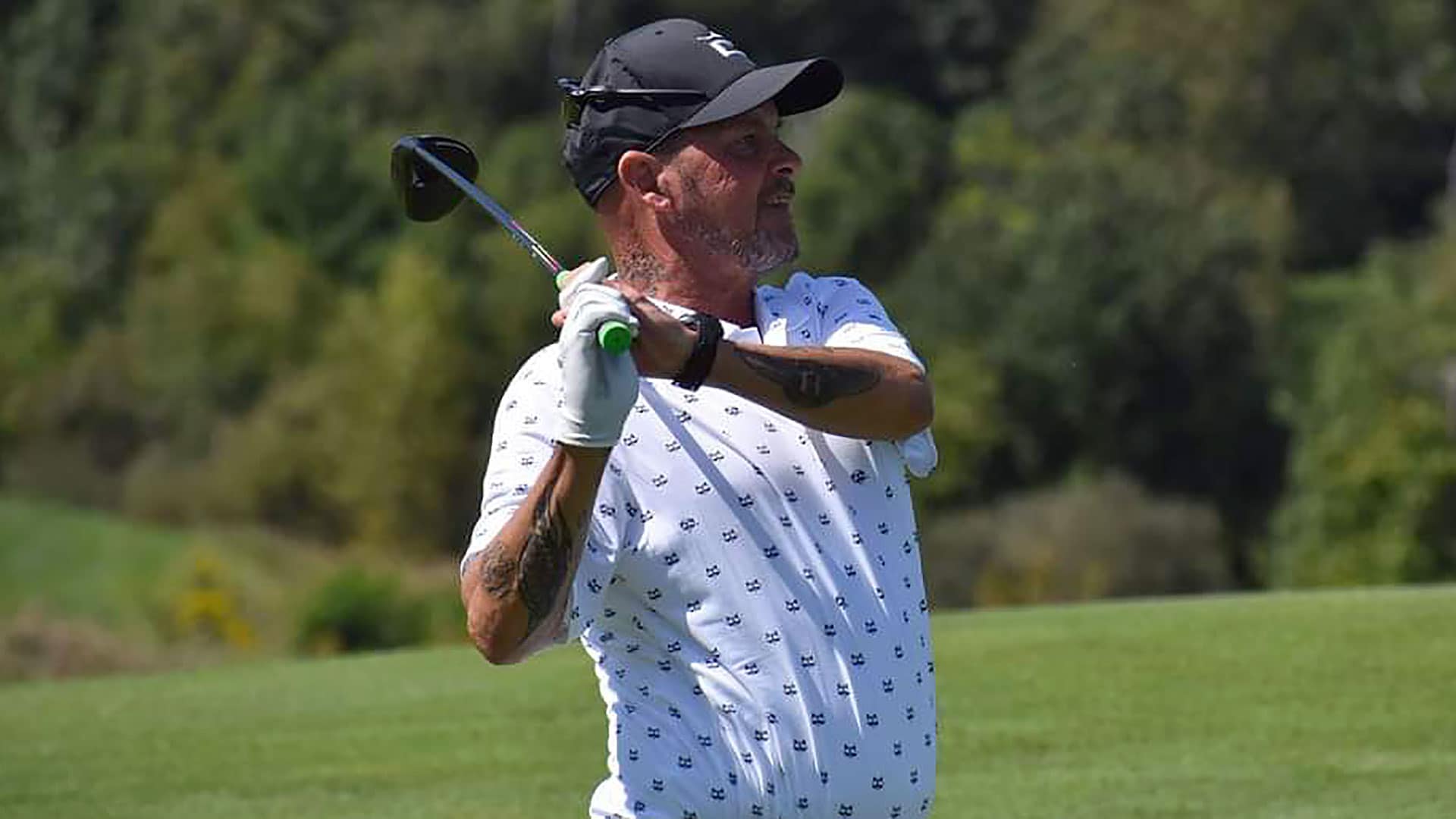 SOUTHAMPTON, Bermuda – On Dec. 23, 2019, Brian Morris received the kind of news that changes a person. He was told he had terminal Stage IV brain cancer. But for those who know the 54-year-old head professional, it only made him more “Brian.”

“He’s such an inspiration to everybody. The minute you meet him you’ll understand,” said Michael Sims, who qualified for this week’s event. “He just lights up everybody’s day. He’s honest, he’s hysterical, he’s a great story-teller, so to be able to walk these fairways with him in this tournament, it’s going to be unbelievable.”

Morris, the head professional at Bermuda’s Ocean View Golf Course, will finally get his chance to play a Tour event at the Bermuda Championship when he joins the field at Port Royal Golf Course on a sponsor exemption.

“It’s so exciting. It means a lot. I always thought about it. I always dreamed about it. I’m so looking forward to tomorrow,” Morris said.

Morris, who has his 32nd chemotherapy treatment scheduled for Monday, said throughout his medical challenges it’s been golf that’s provided him an escape.

“It’s like tranquility for me. I don’t have time to think about being sick. I don’t feel sick, I don’t act sick, just because I’m playing golf,” Morris said. “I don’t have time to think about that because I’m just trying to make shots and hit putts. It’s so cool that playing golf takes me completely away because I’m always in it between doctors and hospitals and trips to Boston; it’s every day except for those four and a half hours I play golf.”

Thursday at Port Royal Golf Course it will be with a smaller-than-planned tee sheet for the Bermuda Championship.

Morris will play Rounds 1 and 2 alongside Sims, who is his cousin and also something of a Bermuda golf legend, and he said he expects plenty of support from the hometown crowd as well as no small amount of emotion.

“First thing I thought of is how proud my father would be. He passed away about 35 years ago, he got me into golf,” said Morris, when asked his reaction after learning he’d been given an exemption into the field. “Obviously, I cried. I’m not afraid to tell anybody. So many emotions. It was hard to explain, just tears. I’ll probably cry on 18. I’ll be emotional 100 percent.”