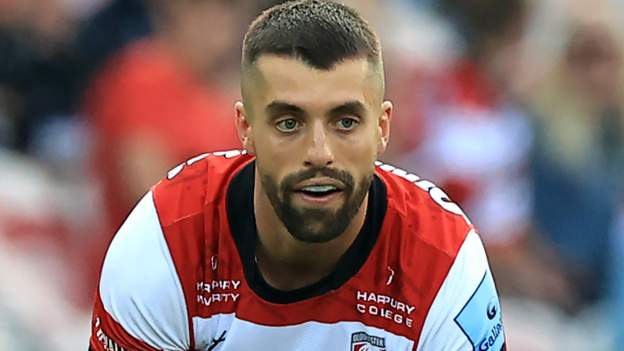 Gloucester make five changes form the side which beat Newcastle for the visit of stuttering Exeter to Kingsholm.

Billy Twelvetrees and Santiago Carreras come in for England's Jonny May and Mark Atkinson while Adam Hastings starts at fly-half and Fraser Balmain and Andrew Davidson come into the pack.

Exeter make seven changes from the side which lost to London Irish last week.

Facundo Cordero comes in for Tom O'Flaherty on the wing while up front Alec Hepburn and Harry Williams return to prop either side of Jack Yeandle.

England call-ups mean two changes to the back five as Sean Lonsdale replaces second-row Jonny Hill while Don Armand is back at flanker with Richard Capstick moving to number eight in Sam Simmonds' absence.

Gloucester go into the game on the back of a four-game unbeaten run which has seen them move up to fifth in the Premiership, a place and two points in front of Exeter.

"We're still very critical of ourselves, we're not by any means thinking we've strung together a perfect performance at all in the last four weeks. We actually feel we've left bits out there that we'd liked to have taken and everyone's very honest about that.

"You're always going to be happier when you're winning, or certainly not losing and nicking a draw, but from our point of view, we haven't been happy with a couple of the performances in terms of what we're about.

"We'll take the wins because winning's better than losing, but we're very critical, so the momentum of things doesn't really concern me.

"We're going there to do what we think we need to do to challenge Gloucester.

"The key for us to concentrate on is the foundation elements of our game. We're not going to try and suddenly create a miracle game of rugby.

"But we do need to get back to some of the key foundations that just slipped away a bit against London Irish, but they were very evident the week before against Wasps, it's just about reaffirming those things."