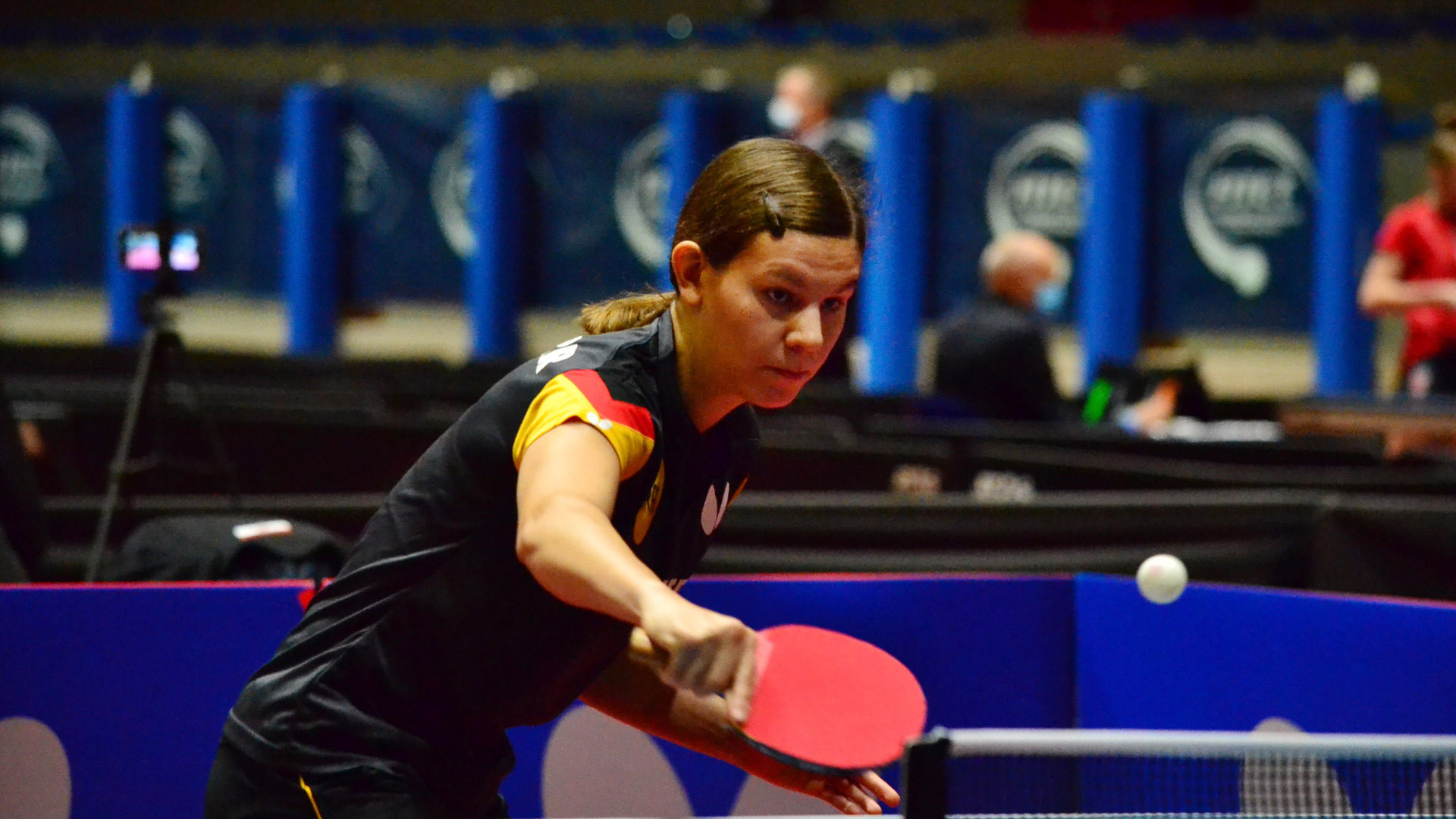 One player responsible for sending home a significant force in the Under-17 Girls’ Singles draw was Lea Lachenmayer. The 16-year-old German, world-ranked 266th in the age bracket, advanced from her group as a runner-up and enjoyed a fine start to the knock-out rounds with victory over Italy’s Miriam Carnovale (11-6, 7-11, 16-14, 11-8). However, Lachenmayer’s most notable success day came in the Round of 16, where she accounted for world number 38 Dorottya Tolgyes of Hungary (11-8, 7-11, 16-14, 11-7).

Tolgyes wasn’t the only star name to fall short on day four, with Spain’s Ainhoa Cristobal suffering the same fate. Third-ranked Cristobal made a solid start to her campaign, winning both of her group fixtures with little difficulty. She then held a commanding lead in her Round of 16 clash with Mari Baldwin but failed to capitalise as her English counterpart hit back to stun Cristobal 3-2 (9-11, 9-11, 11-5, 11-9, 11-8).

Spain’s Julia Martin embraced her time in the spotlight as she eliminated one of the key contenders in the Under-13 Girls’ Singles race. A group runner-up, world number 30 Lana Benko met Martin in the first knock-out round. Despite holding the early advantage, the Croatian tasted bitter defeat across four games (8-11, 11-6, 11-2, 11-7) as Martin progressed to the quarter-finals in her stead.

The host nation’s very own Marina Misceo also pulled off a statement win. Victorious in two of her three group stage matches, Misceo’s standout result arrived in the Round of 16 as she recovered a one-game deficit to see off the fourth-ranked competitor from Austria, Celine Anubis Panholzer 3-1 (12-14, 11-8, 11-9, 11-9).

Friday marks the penultimate day of play in Lignano and promises an exciting programme as we enter the business end of the week. The first item on the agenda is deciding the knock-out draw player line-up for the Under-11, Under-15 and Under-19 Girls’ Singles events, with group action scheduled from 0900 to 1600 local time. Then, from 1615, the Under-13 and Under-17 drama continues as the remaining eight players from both events leave it all on the line in pursuit of title glory.