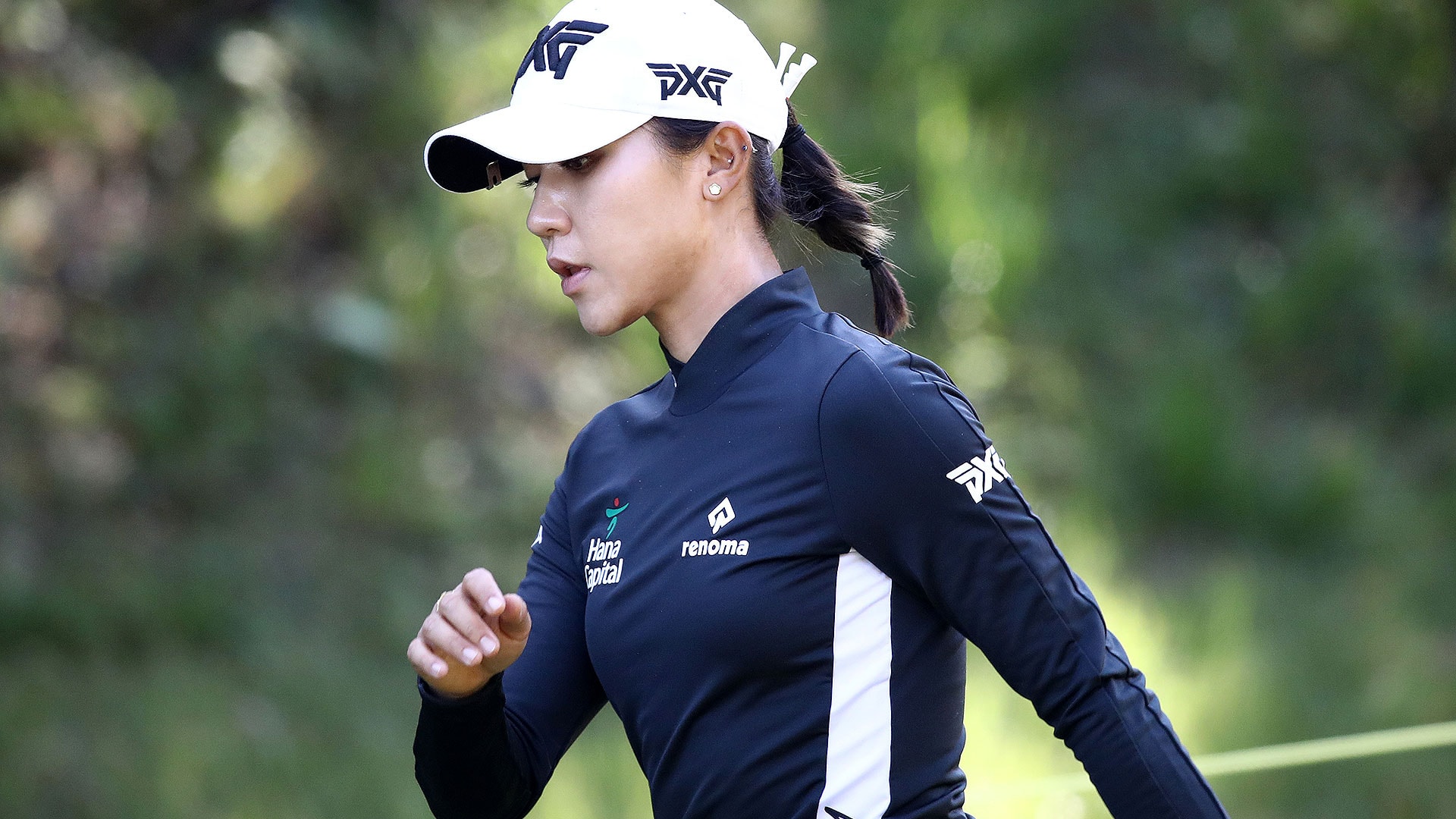 Lydia Ko and Carlota Ciganda share the lead after the opening round of the Aramco Saudi Ladies International.

Ko and Ciganda both shot 5-under 67 on Thursday at Royal Greens Golf & Country Club. Swedes Johanna Gustavsson and Linnea Strom are one back, along with Switzerland’s Kim Metraux.

Bronte Law, who won last week’s Dubai Moonlight Classic, opened in 2-under 70. The highlight of her day came courtesy a hole-in-one at the par-3 third.

“I actually didn’t realize it was a hole-in-one,” Law told reporters after her round. “I couldn’t see it land on the green or sitting on the green. A cameraman eventually told me it was in, so yeah – it was cool, and I was pretty pleased.”

Ko is competing in this week’s Ladies European Tour event and then scheduled to return to the U.S. for the Pelican Women’s Championship. She had planned on playing two events in Saudi Arabia, which would have conflicted with the LPGA’s Pelican event in Florida. Ko needs to play in both of the LPGA’s final two tournaments in order to have enough rounds to qualify for the Vare Trophy.

Ko is currently first in line to win the award, which goes to the player with the lowest seasonal scoring average on tour. As for this week on the LET, she started with six birdies and one bogey.

“I didn’t drive it very well but every time I did miss it, I wasn’t in that much trouble,” Ko told reporters. “I hit it in the desert once and got pretty lucky with my lie. I think today it was a combination between being lucky when I didn’t hit it good, and my irons being really good. I made a lot of opportunities and holed a few good putts which sharpened up my tee shots.”

More in this category: « APGA spotlight: Michael Herrera goes from par-28 muni to tour winner Collin Morikawa honing in on world No. 1 by taking commanding 54-hole Hero World lead »
back to top