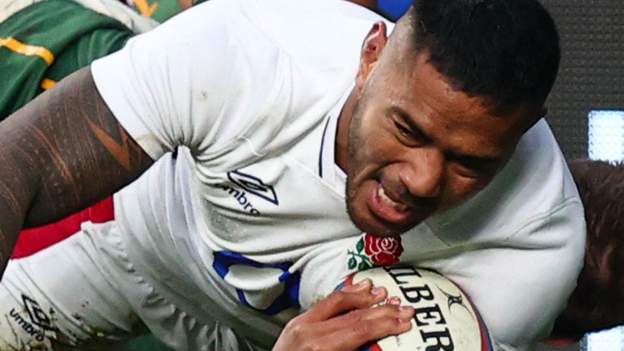 England and Sale Sharks centre Manu Tuilagi is set to be out for at least six weeks after he injured his hamstring while on international duty.

Tuilagi will now see a specialist to confirm the next steps and extent of the lay-off.

"I'm gutted for him and gutted because we were managing him well and then something like that happens."

The Samoa-born former Leicester three-quarter has struggled with hamstring, knee and Achilles problems at various stages during his career.

He once missed 15 months while at Tigers with a groin injury, before returning in January 2016.

More in this category: « Quins miss out on play-offs after Lang's late penalty falls short Katy Daley-Mclean to finish playing career with Barbarians appearance »
back to top