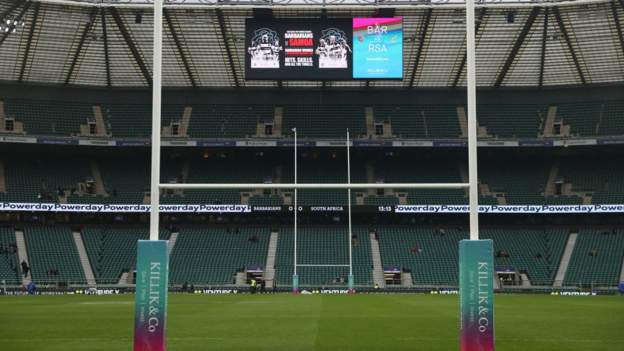 The men's Barbarians match against Samoa at Twickenham on Saturday has been called off 90 minutes before kick-off because of six Covid-19 cases in the Barbarians camp.

The women's Barbarians match against a Springbok women's XV will now be played at 14:30 GMT and be shown live on BBC One, with coverage starting at 14:00.

The RFU said four players and two members of staff had tested positive.

A full refund is being made to all ticket holders.

"We appreciate that this is an extremely disappointing situation for the many fans due to attend, but the safety of all members of both teams is our priority," the RFU said.

The women had been due to kick off at 17:15 GMT in a first double-header for the Barbarians.

The match against Samoa was to be former Ireland, British and Irish Lions and Leinster full-back Rob Kearney's final game.