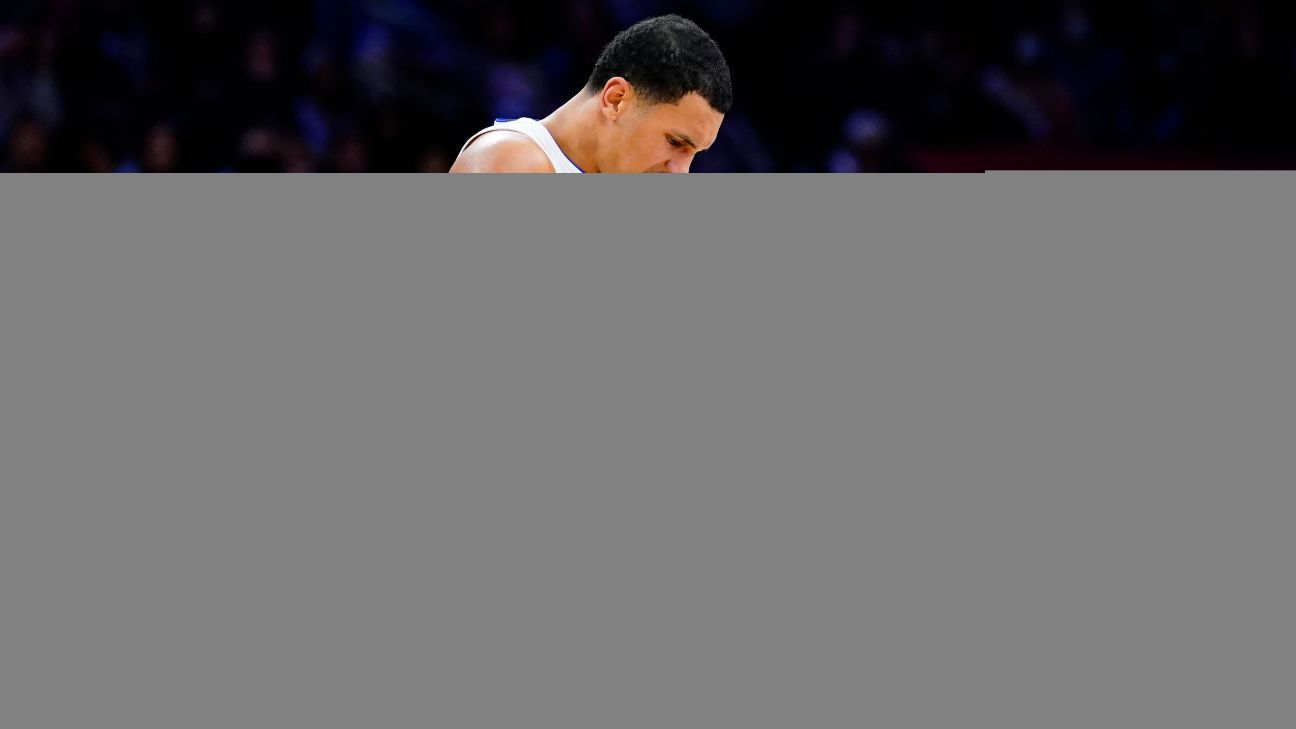 Orlando Magic rookie Jalen Suggs fractured his right thumb during Monday night's 101-96 loss at the Philadelphia 76ers and will be out for an extended period of time, the team said.

Suggs will travel back to Orlando, Florida, to get the thumb reevaluated before there's a clear timetable on his return, but he's expected to miss several weeks.

The guard had 17 points before leaving the game for good in the second half with the injury.

Suggs, the fifth overall pick in this year's draft out of Gonzaga, has been a bright spot for the four-win Magic, averaging 12.1 points, 3.4 rebounds and 3.4 assists in 20 games.