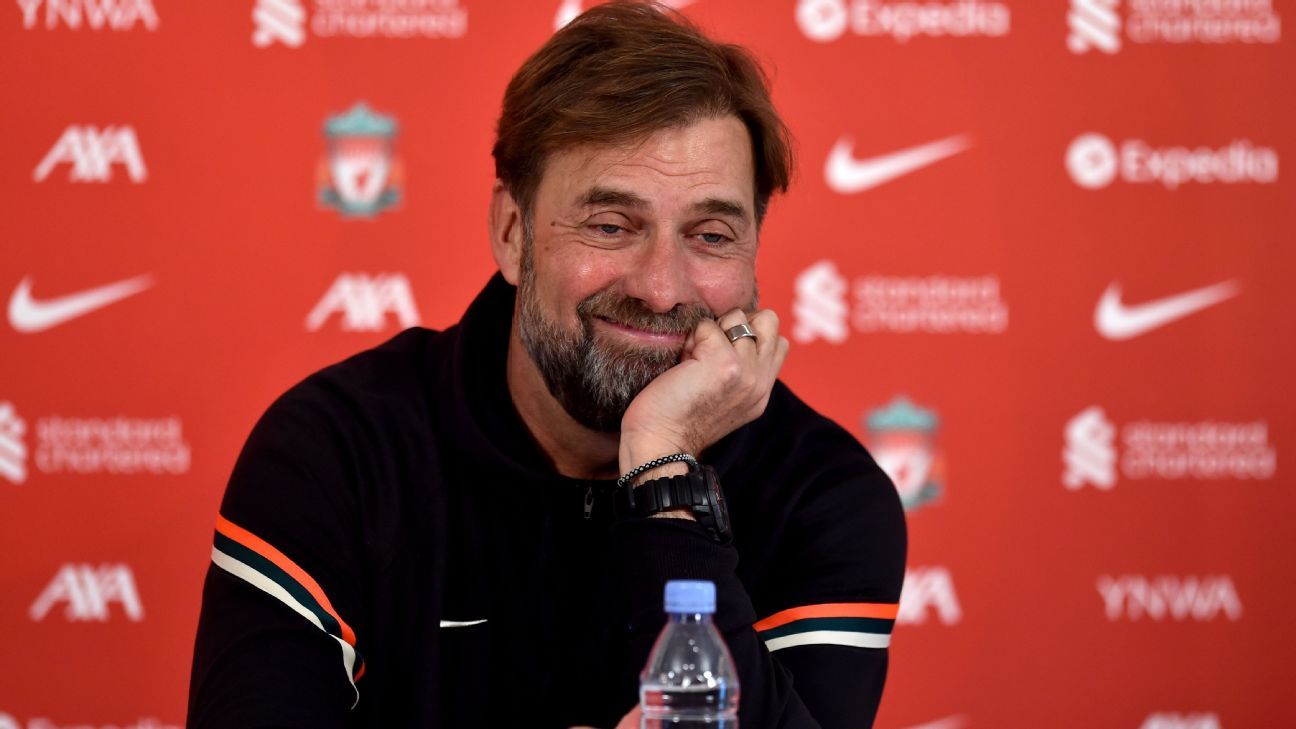 Jurgen Klopp has questioned the outcome of the 2021 Ballon d'Or award and said both Robert Lewandowski and Mohamed Salah have been unfairly overlooked after Lionel Messi won the trophy for a record seventh time.

The award, held by French magazine France Football and voted for by selected journalists around the world, was cancelled last year due to the coronavirus pandemic, but the honour has once again been bestowed on Paris Saint-Germain and Argentina forward Messi.

Although voters are urged to vote on the player's individual and collective performances during the calendar, and their fairplay, a third element of the vote is focused on the "overall judgement of the player's career."

Liverpool manager Klopp said that criteria favours Messi ahead of all other candidates, including Lewandowski and Salah.

"I'm really not sure about it [Ballon d'Or], 100%," Klopp said when asked in a news conference ahead of the Merseyside derby. "You can always give it to Messi for his career, but if you don't give it to Robert Lewandowski this time, after this year, it's quite tricky for him to get it all.

"And Mo [Salah] should have been higher up, definitely. I was surprised by his position to be honest. I saw the vote somewhere, I don't know exactly [how it is voted for]. It's journalists yes? Then don't ask me, it's your fault. Speak to your colleagues if you think it should have been different."

Liverpool face Everton at Goodison Park on Wednesday in the first Merseyside derby of the season and the first since former Anfield manager Rafael Benitez took charge of the Blues.

Although the fixture is regarded by both sets of supporters as the biggest of the season, Klopp said the players involved cannot treat it the same way.

"We know there are some special things around derbies but it's a football game as well, that's how we approach it," Klopp said.

"We understand the supporters' soul and we try to fill their wishes. Derbies are in focus, but we approach it like a [normal] football game."

More in this category: « Belenenses want 'dark' Benfica match replayed LIVE: Chelsea host Brighton; can they keep up with Man City? »
back to top