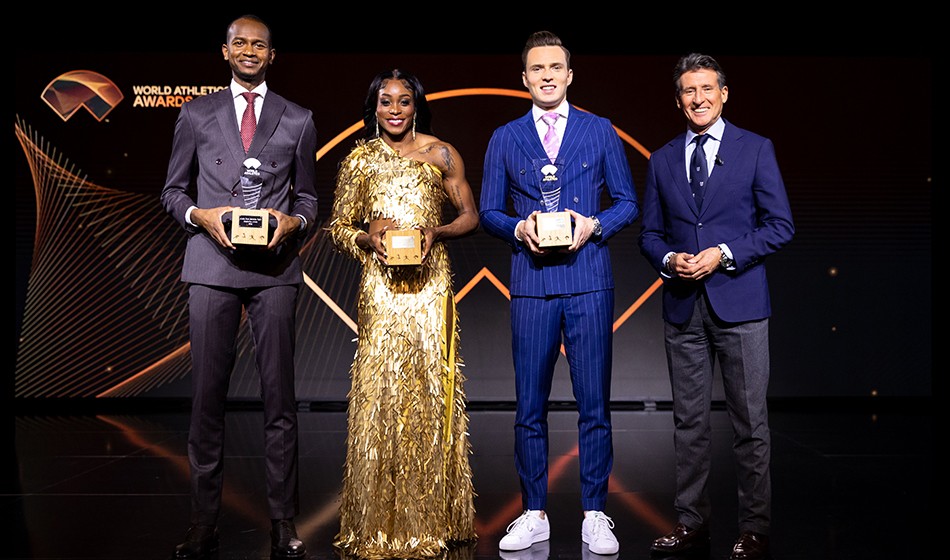 During December it’s always nice to reminisce over the track and field highlights from the past 12 months. For British athletics fans with long memories, the short summary of athletics action during the BBC Sports Personality of the Year used to act as a prelude to a full-blown one-hour review programme dedicated to the No.1 Olympic sport which was broadcast between Christmas and the new year. Increasingly, though, coverage is drifting away from television and is being shown online instead.

Given this, maybe the nearest thing we are likely to see to a ‘televised’ review of the year came courtesy of the World Athletics awards on Wednesday (Dec 1) which was streamed live from Monaco on YouTube. It began with a flurry of superb clips from the many world records achieved this year before later showing highlights from events that were not world record-related.

The whole programme lasted just over 45 minutes, which made it very watchable and definitely more of a sprint than a marathon. If anything, the audience were left wanting more, which is never a bad thing. What’s more, there was even time to squeeze in a segment about climate change.

Impressively, World Athletics also managed to get its two world athletes of 2021 – Elaine Thompson-Herah and Karsten Warholm – into the studio along with World Athletics president Seb Coe, plus one half of the ‘inspiration award’ winning duo Mutaz Essa Barshim (with fellow high jumper Giancarlo Tamberi joining the show via video feed).

Costa Rica was named member federation of the year. Peter Diamond from NBC was honoured with the presidents’ award by Coe.

Bobby Kersee was honoured with a lifetime coaching award by one of his athletes, Allyson Felix, while another Bobby – former long jumper Anju Bobby George of India – was named woman of the year. Finally, the Jean-Pierre Durand World Athletics photograph of the year went to Ryan Pierse’s image from the women’s high jump qualifying in Tokyo (below).

Photo of the year (Ryan Pierse)

During the Lamine Diack era the annual awards staged by the IAAF (as it was known) was an extravagant affair with athletes jetted into Monaco (or Barcelona for the IAAF’s centenary celebrations in 2012) from around the globe at great expense. Under Coe’s presidency the awards began to downscale long before Covid emerged and this week’s virtual show therefore makes sense for several reasons.

There are some gentle criticisms. Paula Radcliffe and Jazmin Sawyers did a terrific job as hosts of the presentation but with Coe also in the frame it must appear to some onlookers as if the Brits have taken over the sport.

Also, there is something slightly self-congratulatory about a governing body dishing out its own awards and patting itself on the back as a sport. However, in its defence, World Athletics is merely filling a gap that traditional media has vacated during the internet age.

When it comes to end-of-year video summaries, for example, they are undoubtedly a little thin on the ground these days and the World Athletics awards show helped sate our appetite. What a tremendous year it has been to celebrate as well with fantastic performances at the Tokyo Olympics and elsewhere.

The sport is hardly short of end-of-year awards generally, however, with the next big announcement being the AW readers’ choice athletes of 2021 later this week.

As well as being exclusively revealed in our December magazine, they will be announced on our website and social media on Friday (Dec 3) too. After having already counted the votes I can reveal they are very different to the World Athletics results too.