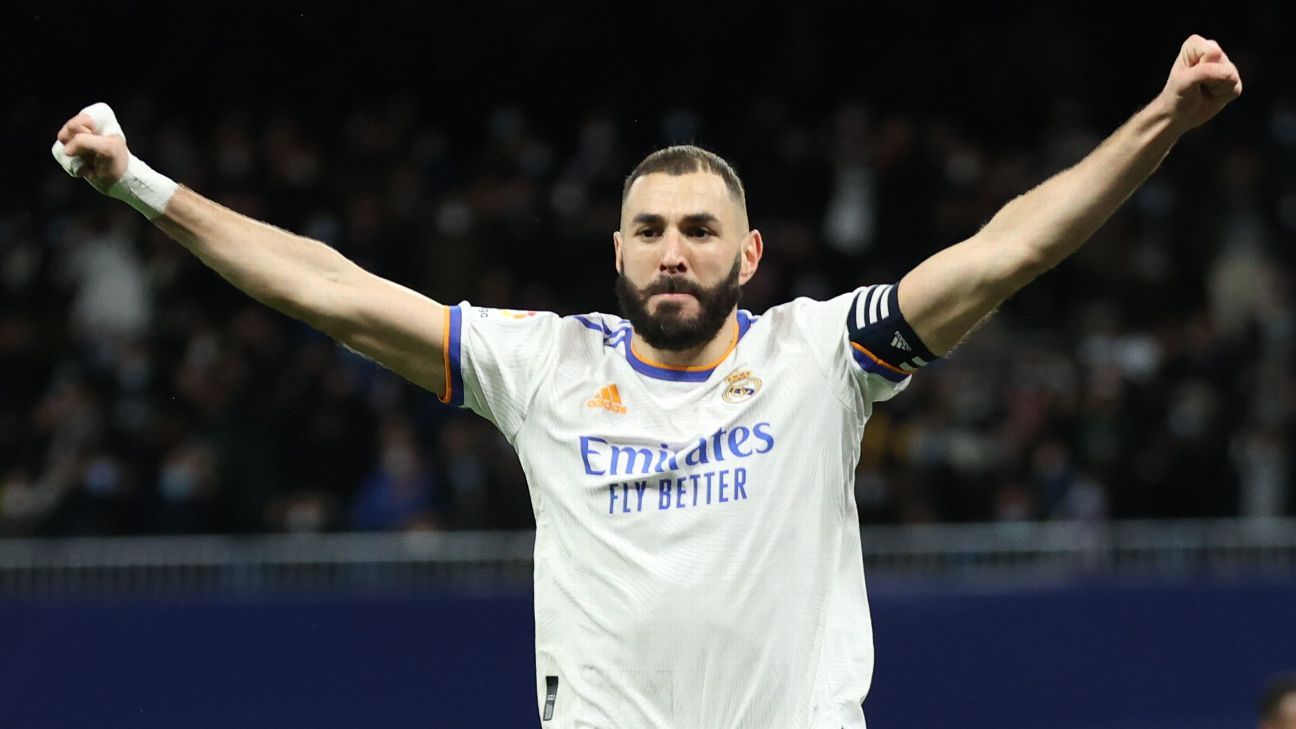 Karim Benzema scored his 12th league goal of the season as Real Madrid beat Athletic Bilbao in a narrow 1-0 win at the Bernabeu on Wednesday to move seven points clear at the top of the LaLiga table.

Benzema slotted home in the 40th minute -- after Marco Asensio's shot had been palmed to Luka Modric by goalkeeper Unai Simon -- to put Madrid ahead.

Athletic had already spurned a series of first-half chances, and there was more wasteful finishing for the visitors after half time as the home side managed to hold onto their narrow lead.

Madrid's victory in the rearranged matchday nine clash left the league leaders on 36 points, with some breathing space ahead of second-placed Atletico Madrid and third-placed Real Sociedad, who they travel to on Saturday.

Madrid started well, looking to move the ball at pace to stretch a well-organised Athletic defence which had conceded the fewest goals in LaLiga this season.

Asensio had a shot deflected wide, and Benzema and Vinicius Junior combined twice for the France forward to test goalkeeper Unai Simon.

The home defence looked vulnerable too, though, and Athletic's Inaki Williams saw a deflected shot fly inches wide before a mix-up between David Alaba and Thibaut Courtois left Williams in on goal, only for his touch to let him down.

A fluid passing move ended with Asensio's shot being pushed away by Simon, only for the rebound to land at the feet of Modric, whose miskick fell to Benzema for a straightforward finish.

In the second half, Kroos curled wide, while at the other end Lucas Vazquez prevented an equaliser by acrobatically blocking Dani Garcia's goal-bound shot after a smart Athletic move down the right.

Madrid's victory was still far from secure. Athletic substitute Oihan Sancet went close after a twisting run into the Madrid box, but was denied by Courtois, while substitute Fede Valverde made a crucial block in the closing minutes.

More in this category: « Keep on truckin': Ex-driver steers Milan again LIVE: Chelsea host Brighton; can they keep up with Man City? »
back to top