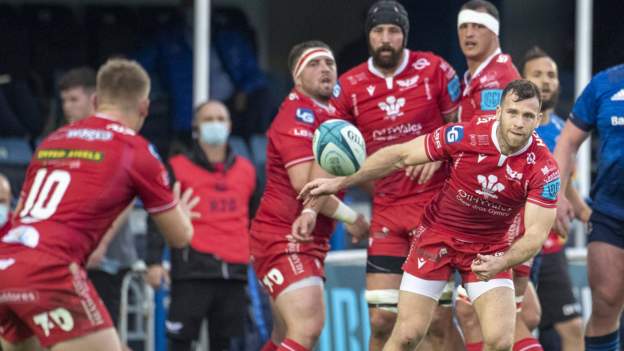 Scarlets are due to play their opening Heineken Champions Cup tie at Bristol on 11 December and under current rules will forfeit the match if they do not play on that date.

That is the day after their squad of 32 players complete a 10-day quarantine at a Belfast hotel, having returned early from a trip to South Africa that was cut short because of Covid-19 concerns.

The players who travelled to South Africa to play fixtures in the United Rugby Championship (URC) are not expected to be available to face Bristol because they will not have trained for two weeks.

The region only have 14 fit players available for the fixture - seven members of the senior squad and seven on development contracts.

They would need to find nine additional players, mainly from the academy and semi-professional clubs, to field a match-day 23.

Champions Cup competition regulations state that if the Scarlets were unable to fulfil their round one fixture, it would result in the game being forfeited, a 28-0 result declared and five match points allocated to Bristol.

Meanwhile, Cardiff have indicated they will try to play their opening two European matches without the players who travelled to South Africa. They are in a better position because they left six Wales internationals at home.

Scarlets decided to take a full-strength squad to South Africa to help prepare for the games at Bristol and at home to Bordeaux on 19 December.

"If we were to play Bristol without the people who are in Ulster right now there are four or five positions where we physically do not have a body to fill that position," said Muderack.

"We are not coming out of quarantine until 10 December and a lot of these boys in Belfast haven't played a game of rugby since 22 October. EPCR [European Professional Club Rugby] has got to look at player welfare here.

"Without the 32 players in quarantine, we'd have to play development players and academy players - some of them just out of school in their first season of senior rugby - as well as semi-pro players, who juggle their rugby commitments with full-time work, and put them up against a quality side like Bristol.

"That wouldn't be good for the integrity of the competition or those individuals. None of us had any idea that this situation was going to occur, and that South Africa was going to be put on the red list.

"The URC is a new league and what we are trying to do is support the league's aspirations by sending our very best available team to South Africa to perform as best as we can. That's us doing the right thing by the league and rugby.

"For us to get penalised for that really doesn't sit very well with me and we need to find a fair solution because forfeiting the game for something that was out of our control isn't right."

Any European postponements would involve cooperation from the English Premiership and the Top 14 in France, with no scheduled spare weekends in the calendar.

EPCR, which runs the Champions Cup and Challenge Cup, has previously said it is monitoring the situation.

"Ideally we would have been granted a sporting exemption which has been done in the past so that the team, while remaining in isolation, could have continued to train and prepare for upcoming fixtures," added Muderack.

"At the moment, the best the players can do in their hotel in Belfast is exercise as individuals within the confines of their own rooms as well as being allowed a short time slot outside to walk around in the car park.

"That is no preparation for a high-intensity game of European rugby. In our world, physical capacity is everything, if players are 'under done' it can be catastrophic for careers and have a direct increase to risk of injury.

"The Scarlets have a proud history in European competition and we have been looking forward to testing ourselves against two sides in Bristol and Bordeaux who have been up there among the best on the continent in recent years.

"It is hugely disappointing that we will not be allowed to do that on a level playing field."