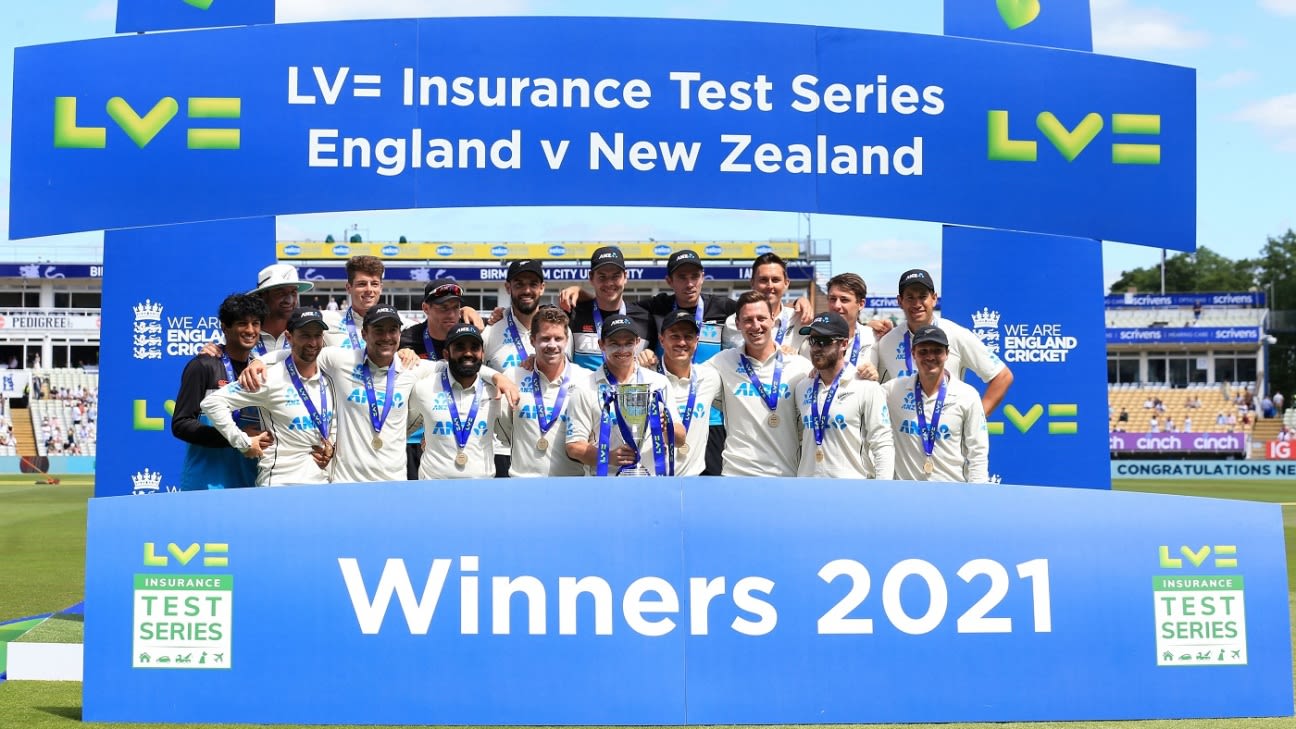 England will tour South Africa and New Zealand in early 2023, ESPNcricinfo can reveal.
In the original version of the Future Tours Programme (FTP) for 2018-23, the men's 50-over World Cup was due to be staged in India in February-March 2023 but the postponement of the 2020 men's T20 World Cup to October-November 2022 shifted that tournament back to an October-November window.
The ECB confirmed in August that England's tour of Bangladesh, which will feature three ODIs and three T20Is, had been pushed back until March 2023, filling part of the gap in their schedule, and ESPNcricinfo understands that England will also complete tours of South Africa and New Zealand at the start of the year.
The tour of South Africa will feature three ODIs and forms part of the World Cup Super League, with the series initially set for December 2020 until a Covid-19 scare in the England camp prompted a last-minute postponement. The series will now be played in late January.
England will then travel to New Zealand for a two-Test series in February, which does not form part of the World Test Championship and reciprocates New Zealand's tour immediately before the WTC final in June this year.
England are now due to play men's bilateral series in five different countries in the 2022-23 winter, as well as the T20 World Cup in Australia. Their winter is scheduled to start with seven T20Is in Pakistan from late September, then three T20Is and three ODIs in Australia either side of the World Cup before the tours of South Africa, New Zealand and Bangladesh in early 2023.
England