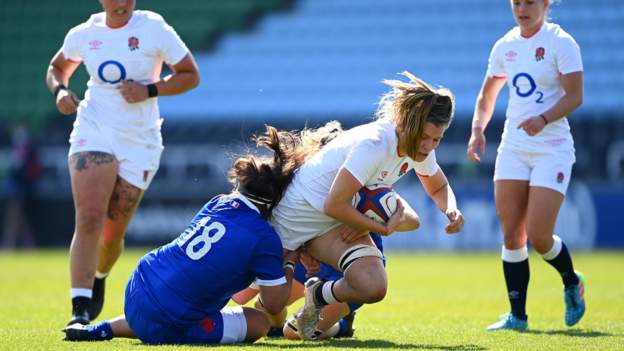 The Women's Six Nations will remain in its own dedicated window in the calendar for the 2022 tournament.

The women's competition has traditionally been held simultaneously with the men's but was held later in 2021 because of the Covid-19 pandemic.

The 2022 tournament starts on 26 March and will culminate on the new 'Super Saturday' on 30 April, with the three final matches played on the same day.

All 15 games will be broadcast on the BBC across TV and iPlayer.

The tournament will also be broadcast in full in Ireland and Italy.

"We are delighted to have enhanced broadcast partnerships in place along with a continuation of the dedicated window from which we saw such success last year.

"These two key developments along with continued investment in many other areas including performance, commercial and marketing will enhance the Women's Six Nations for fans and players alike."

England are the reigning Women's Six Nations champions and play Scotland in the Championship opener in Edinburgh.

Next year's men's competition runs from 5 February to 19 March.