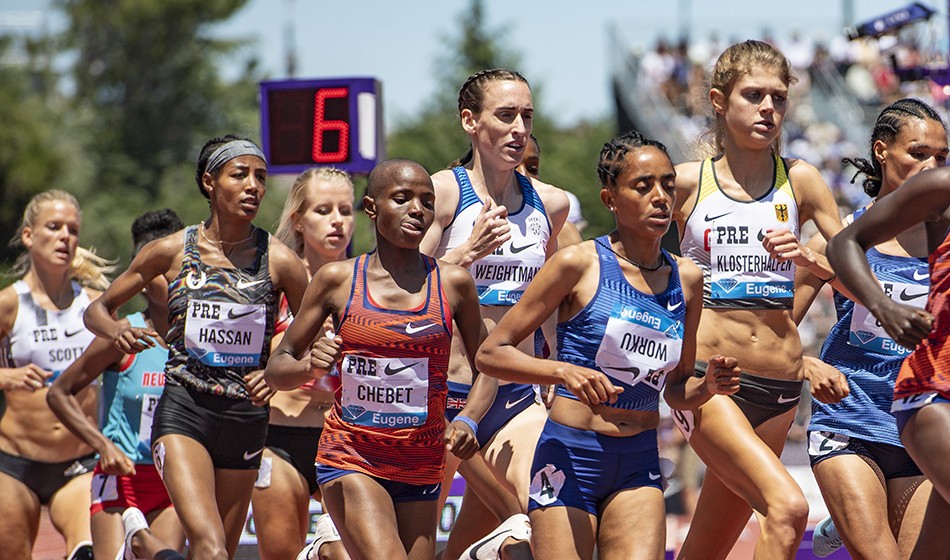 Despite having moved into the second half of the Diamond League season, organisers are managing to avoid the start lists looking repetitive.

Particularly given the long season, some athletes are only properly starting their seasons around now, adding interest to this Monte Carlo leg of the series at the Monaco Herculis EBS meeting on Friday (July 12).

In the non-Diamond League 1500m, a track which has seen 10 of the top 25 times in history sees a line-up that includes world silver medallist Timothy Cheruiyot, Jakob and Filip Ingebrigtsen, Rabat winner Vincent Kibet and Britain’s Charlie Da’Vall Grice.

The “Brave Like Gabe Mile”, named in honour of US international Gabe Grunewald, who died last month from cancer, has a strong line-up.

After clocking the fastest ever non-Chinese time in the 3000m at Stanford, Sifan Hassan (pictured) is back in action alongside Britain’s Laura Weightman, who enjoyed her own breakthrough in that historic race with 8:26, and Melissa Courtney.

European champion Laura Muir confines herself to the non-Diamond League 800m, where Ajee Wilson is the main threat and the field features Lynsey Sharp and Raevyn Rogers.

Three of history’s six 18-metre triple jumpers will be in action as the newest member of the club, Will Claye, pits himself against Olympic champion Christian Taylor and Pedro Pablo Pichardo.

Sydney McLaughlin is the stand-out name in the 400m hurdles, with perhaps the world lead of 53.61 under threat, while world record-holder Kendra Harrison goes in the 100m hurdles.

World champion Justin Gatlin, who ran 9.87 in Stanford, will want to continue on a high in the 100m, but two athletes who have run quicker this year – at 9.86 – will be in other lanes: Diamond League 200m champion Noah Lyles and Divine Oduduru, who makes his Diamond League debut following his NCAA breakthrough last month.

Qatar’s Abderrahman Samba is set to be back in action after a bout of bursitis, contesting the flat 400m rather than his specialist hurdles.

The 800m has the fourth fastest in history, Nijel Amos, plus season debutant Pierre Ambroise-Bosse, who has been making headlines off the track rather than on it since his world title win in London in 2017, after being assaulted in Paris, and Britain’s Jake Wightman.

The Herculis action got under way with a women’s street triple jump event on Thursday evening, with all 11 athletes jumping further than 14 metres for the first time outside of a major championships.

World champion Yulimar Rojas claimed the win with a leap of 14.98m.

Entry lists and live results can be found here.