Budenholzer back on bench after clearing protocol 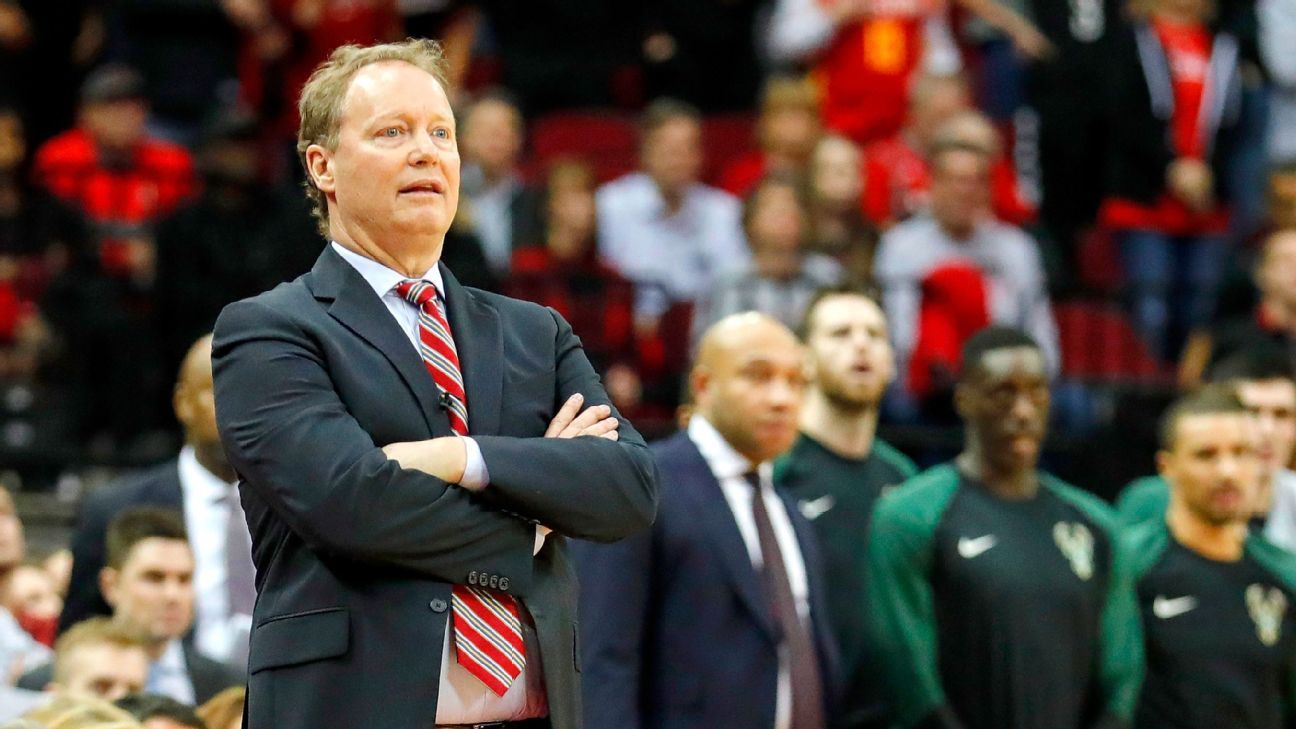 Budenholzer had missed the past four games after entering the league's protocols on Jan. 5. He said he felt some symptoms initially after contracting the coronavirus, but that they cleared up after a few days and he started to feel healthy again.

Budenholzer remained involved with the team during his absence, joining team meetings via Zoom with plenty of phone calls and text messages, but he wanted to give Bucks assistant coach Darvin Ham his space while he served as acting head coach.

"All the confidence in the world in those guys," Budenholzer said before the game. "I don't know what the right word is, but it's fun to watch those guys do their thing. Just know that it's really, really hard to be away from them, but to see Darvin and the assistants coach and the way the players respond to them, it's a very good thing we have here.

"To get to sit back and see it from a different perspective is probably healthy for me, too."

Although Budenholzer returned for Thursday's game, Milwaukee was without guard Jrue Holiday, who missed his fourth consecutive game with a left ankle injury. It's the same ankle Holiday injured earlier in the season that kept him out of six games, so the Bucks wanted to remain cautious.

"He is making progress. He's moving in the right direction," Budenholzer said. "To say it's moving a little bit slower than we had anticipated or thought, I think, is fair. We'll see how the next 24-48 hours go, but we need to think about the big picture with him. It's an ankle that's given him a little bit of problems this year so I think more time is better. We'll see how he is the next day or two."

More in this category: « Edwards, 19, third youngest with 40-point game Luka says singing to self key to laying off refs »
back to top