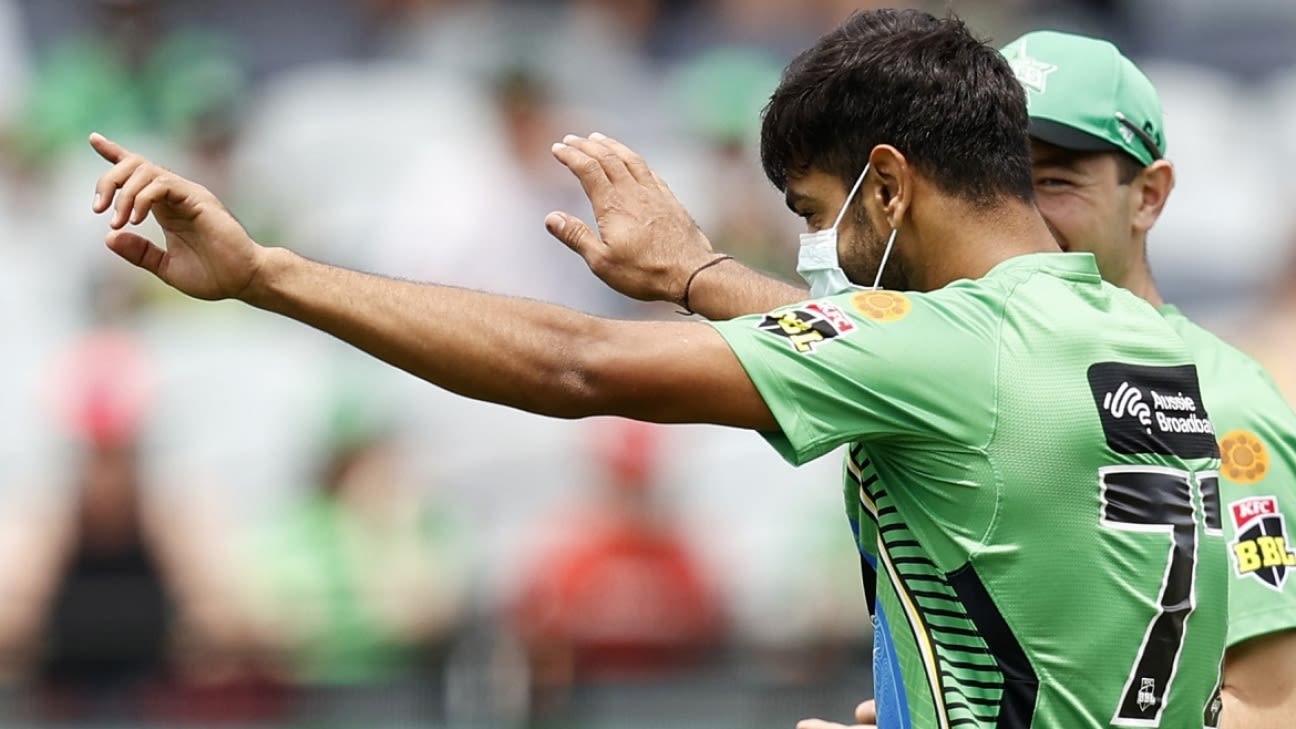 Glenn Maxwell and his Melbourne Stars are "cooked" from the effects of Covid-19 as they battle to make the BBL finals.
The Stars gave their top-five hopes a major boost on Thursday night when they dominated the second derby, beating Renegades by six wickets.
The win elevated the Stars from bottom to fifth place, while the Renegades are last and appear headed to their third-straight wooden spoon.
Maxwell top-scored with an unbeaten 68 and was man of the match in his second game back from the virus. It was a welcome return to form for one of the BBL's top players, who had only managed 30 runs from his previous five innings.
Covid-19 has hit Stars hard this month and they fielded a patchwork team earlier this month in the first Melbourne derby, which Renegades won by five wickets.
"The guys are cooked, there's no secret about that," he said. "We're all tired, we're all holding on to get through this tournament. But we're really proud and we want to put our best foot forward. We want to perform.
"Once we get out onto the ground, we put all that aside and go our hardest, then deal with the fatigue afterwards."
While Maxwell returned to form on Thursday night, he was feeling the effects after the game as he continues to recover from his illness. He said the last two weeks had been hard on the team as the BBL reschedules games.
"We feel like we've been thrown around a little bit," he said. "It was a hard place to be, but, to the boys' credit they've kept their heads up, they've tried their backsides off.
"I was hit pretty hard with it, I was pretty ill for a few days. It just takes you a while to get full fitness - even out there, I felt with the heat and humidity that it affected you a lot more."
Stars now head to Adelaide to play the sixth-placed Strikers on Saturday, then host Brisbane Heat (second-last) at the MCG on Sunday.
They will end their regular season next Wednesday against the Hobart Hurricanes (fourth), also at the MCG.
While Marcus Stoinis (back) and Nathan Coulter-Nile (hamstring) are on the verge of returning, international players Haris Rauf and Qais Ahmad have had to go home. Rauf and Qais were outstanding against the Renegades, taking two wickets apiece.
Glenn Maxwell
Melbourne Stars
Big Bash League
Read 5 times

More in this category: « English cricket must 'clean up its act' on racism, concludes DCMS report Pakistan Under-13 and Under-16 tournaments suspended over age fraud »
back to top