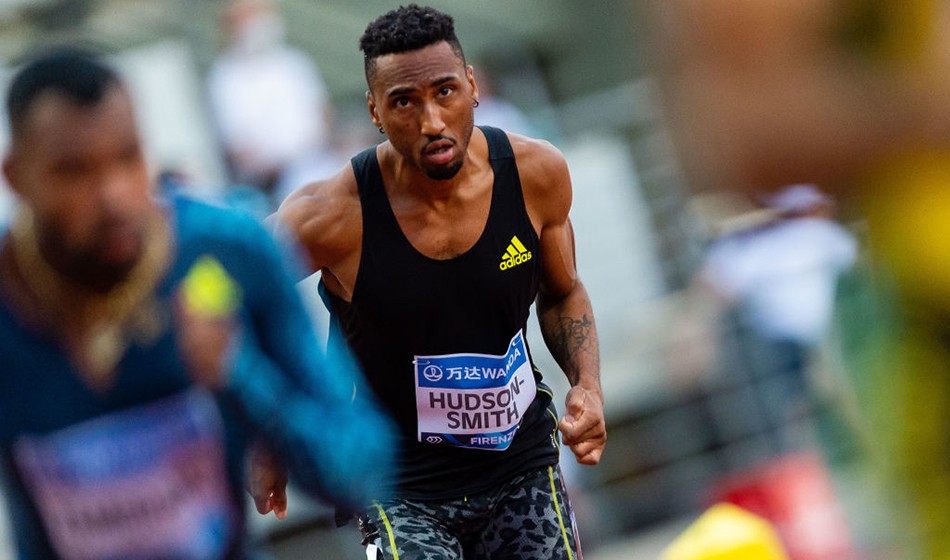 While the major action in recent days has been on the US roads with top-class results at the Houston Marathon and Half-Marathon there was plenty of encouraging performances indoors and good domestic action on road and country.

European 400m champion Matthew Hudson-Smith made a great return to form after his 2021 disappointments to set a British indoor record of 32.80.

Olympic 100m hurdles champion Jasmine Camacho-Quinn showed impressive endurance to win the 300m in a Puerto Rican record of 36.63 ahead of Jessica Beard’s 37.00.

Second was Jessica Ramsey with 17.90m.

Laura Zialor improved her indoor high jump PB by a huge seven centimetres with a leap of 1.88m.

Lubbock, USA, January 15
A week after leaving the teenage ranks, Terrence Jones surprisingly equalled the collegiate 60m indoor record with 6.45 after a 6.53 in his semi-final.

His Bahamian record moved him to ninth on the world all-time list.

A distant second was Jacoby Shelton (6.59) with Liberia’s Emmanuel Matadi third in 6.60

Ruth Usoro added over half a metre to the Nigerian triple jump record with a top class 14.76m, which is also well superior to her outdoor record of 14.50m.

The women’s 300m was won by Talitha Diggs in 36.37 ahead of Ireland’s European under-20 champion Rhasidat Adeleke’s Irish senior record of 36.87.

Sarah Lahti won the women’s race in a Swedish record 31:18.

Essar Four Villages Half Marathon, Helsby, January 16
On a new course which incorporated some off-road sections, there were clear victories for Michael Kallenberg (67:22) and Manchester Marathon winner Anna Bracegirdle (75:20).

Manchester Area League, Tatton Park, January 15
Sophie Wood (30:24) is on course for a clear overall league victory as she finished around 200m ahead of fellow Sale Harrier Alice Wright as Sale continued their dominance of the team standings.

Nigel Martin, also of Sale (30:27) and on course or the overall league title won by over a minute from David Barratt, though the latter led Salford Harriers to a narrow team victory over Sale.

Elizabeth Leason (34:21) headed home the division 2 race in her league debut from 58-year-old Clare Elms (34:55) who led Dulwich to an easy team victory.

Open Track Surrey Men’s League, Division 1, Mitcham Common, January 15
The 2018 English National Runner-up Andy Coley-Maud I26:37) won a competitive race that went down to the final kilometre as he headed South West champion Jack Millar (26:44) and the 2018 South of England champion John Gilbert (26:61) who was first M40 and greatly improved on his 31st from the last fixture.

Start Fitness Metropolitan League, Wormwood Scrubs, January 15
There were senior victories for Tom Frith (25:04) and Beth Hawling (28:33). Highgate’s men are dominating the team contest and have a 800 point lead though London Heathside are safely clear in the women’s contest.

Alton Sports Hampshire Women’s League, Reading, January 15
Under-20 competitor Pippa Roessler was a clear winner in 19:02 from Kate Estlea (19:14) who led Basingstoke to a rare win over Aldershot who still lead the overall standings.

Stubbington 10km, Hampshire, January 16
Richard Lovejoy (32:38) narrowly came out on top from Will Grace (32:42) to win this traditional January event.

Finishing sixth overall, there was a clear women’s race success for Naomi Mitchell.

Blast Running 10km, Edinburgh, January 16
Sean Chalmers set a PB in taking the race title in 29:51, an astonishing five minutes ahead of all the opposition.

More in this category: « Brigid Kosgei powers to women’s win in London Ellis Cross takes down Mo Farah at Vitality London 10,000 »
back to top