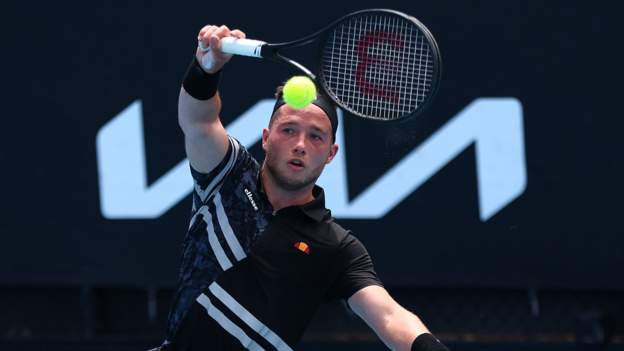 "As much as I'm gutted now I can be proud of the efforts I put in out there," said the 24-year-old.

"I thought it was a great display of wheelchair tennis all round."

He added: "I managed to control some of my emotions in the second set and played some smarter tennis and then in the third set he played one of his best performances."

Japan's Kunieda, who at 37 has now won 26 Grand Slam singles titles, was on the losing side in Wednesday's doubles final with his Argentinian partner Gustavo Fernandez.

Australian Dylan Alcott's hopes of bringing a close to his glittering career in style were dashed at the Rod Laver Arena as the Netherlands' Sam Schroder beat him 7-5 6-0 in the men's quad wheelchair singles final.

It is the first time Alcott has failed to win the Melbourne slam since 2014 but he struggled to capitalise on opportunities in an error-strewn performance that saw him fail to convert 10 break points.

"My biggest thanks of all goes to everybody watching today. I'm really the luckiest guy in the world and I didn't need to win today to realise that. It would have been nice to win. But I'm still the luckiest guy that I've ever met," said the 15-time Grand Slam champion.

"People with disabilities are getting not only the recognition but we are integrated in our society. That's the reason I get out of bed."