Redemption Not On Self’s Mind In Salem Return 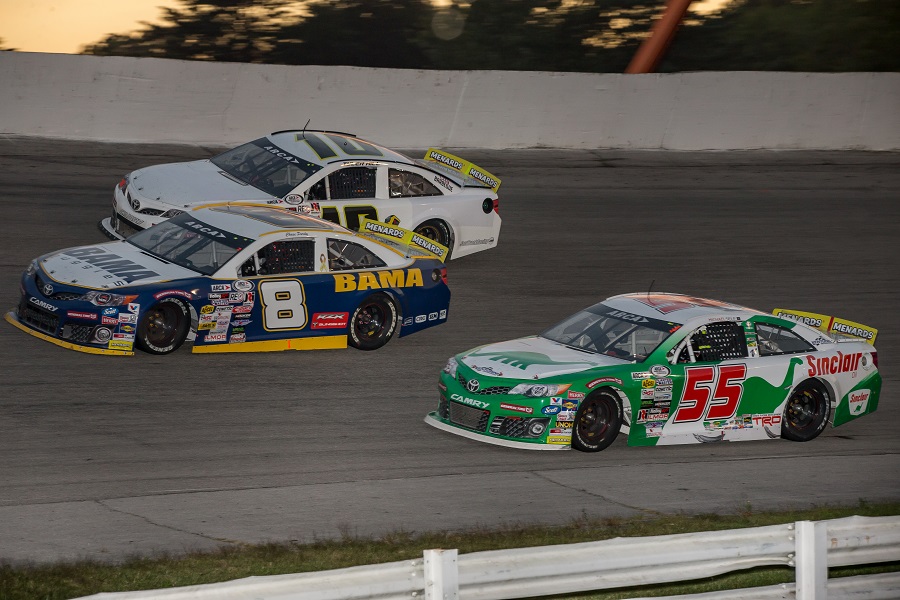 But Self had found success on short tracks in his career as well. He’s an eight-time winner in the NASCAR K&N Pro Series West, and five of those wins came on tight bullrings under a mile in length.

Although he’s found victory lane plenty of times on short tracks, none of them were anything like Salem. The ultra-high-banked, ultra-fast half-mile is one of the most daunting and demanding tracks in America.

Its weathered surface and a groove that requires the bravest of the brave to run inches off the unforgiving concrete walls to be fast can intimidate even seasoned veterans.

Self qualified third and ran up front throughout the early stages of the race. As the race’s middle stages wore on, however, Self made contact with pole sitter Zane Smith on a chaotic restart that resulted in Smith spinning into the inside wall down the backstretch.

Some 30 laps later, Smith crossed paths with Self on the racetrack again. The contact resulted in a hard crash for Self, who was running third at the time, ending his chances at his first ARCA short track win.

Now, Self returns to Salem hoping for this victory he missed out on.

“What happened last year at Salem was obviously disappointing, but that’s something I’ve moved on from,” Self said. “That’s got to stay in the past, and as of now, I’m looking forward to getting back to Salem and trying to pick up from where we were going to have a good night last fall.”

Self returns to Salem with some unfinished business on his plate, but scoring his first ARCA Menards Series short track win isn’t one of those boxes that needs to be checked off.

“Pensacola was such an awesome night for the No. 25 Sinclair Lubricants team,” said Self. “We had a really fast car all day, and had a little luck go our way in the race and were able to bring home the checkered flag, and the first ARCA short track win of my career which was a huge confidence boost.

“I love the way the (No.) 25 team is clicking and the relationship I’m building with (crew chief) Shannon Rursch,” he added. “I think we’ll continue to learn more about each other and I know I can have confidence in his set-ups, so it’s exciting to go to the race track right now.”

The win at Five Flags came after a disappointing 31st-place finish at Daytona, the result of an early-race crash that left his car seriously damaged. Self’s win moved him to fifth in the series championship standings, 145 points behind his Venturini Motorsports teammate Christian Eckes, who maintains the championship lead.

“These short track races aren’t necessarily the ones that were circled on my calendar as far as races I feel I can capitalize on, but Pensacola helped lift that mindset a bit,” he explained. “We just need to do our best job as a team to make the most of these short track races before we get to the summer stretch of speedway races and see if we can close the points gap.”

More in this category: « East Carolina Backs Weatherman & Ware At Bristol Roush Performance Supports Newman At Richmond »
back to top