Road To The Oxford 250 Continuing This Year 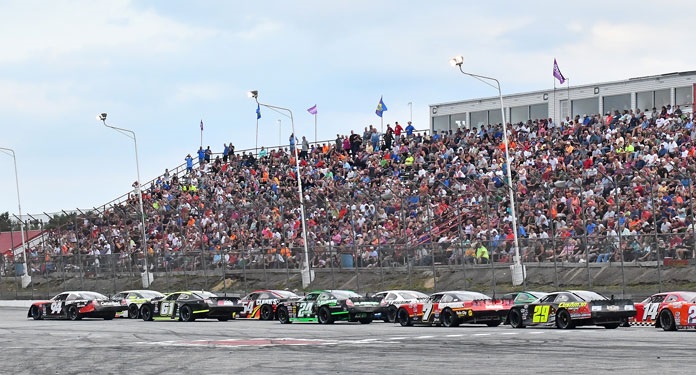 NAPLES, Maine – Oxford Plains Speedway owner and Pro All Stars Series President Tom Mayberry has announced the continuation of the Road to the Oxford 250 program.

Celebrating its sixth year in 2019, the Road to the Oxford 250 will continue to give racers across the continent the chance to compete in short track asphalt racing’s biggest event.

Competitors from Canada and the United States will have opportunity to race for guaranteed Oxford 250 starting spots in six additional events, while keeping the focus on the 250 throughout the season.

“Our goal is to keep the focus on the 250 throughout the year.  While there will be several spots offered through the program, many of these will not have to be used since most of those competitors will advance through the famed heat and consolation races,” said Mayberry. “Competitors need to remember that this program will not reduce the number of starting positions that will be earned through the normal 250 qualifying procedures but will allow those who may be having a bad day to use the provisional if necessary, to guarantee their starting spot in this prestigious race.”

The first event to be featured in the Road to the Oxford 250 will be the previously-announced Leonard Evans 150 on April 27 at Wenatchee Valley Super Oval in Wenatchee Valley, Wash.

The Road then continues to the season opener at Oxford Plains Speedway on April 28; Thunder Road in Barre, Vt., on May 26; Speedway 95 in Bangor, Maine, on June 16; Star Speedway in Epping, N.H., on July 30; and finishes at Spud Speedway in Caribou, Maine on Aug. 4.

The top two finishing drivers each from Canada and the United States will earn provisionals to the 250. As with the Wenatchee Valley race, to be eligible to use the provisionals, drivers must be PASS Licensed and have their entries submitted for the Oxford 250.

The final race as part of the Road to the Oxford 250 will be a special 100-lap open race at Oxford Plains Speedway on July 6. This will not be a points race for PASS.

Additionally, the top licensed drivers in points from PASS North, Oxford Plains Speedway, and the PASS National Championship Series, will have a provisional available if needed, as long as they have attempted to qualify for every race in their chosen series.