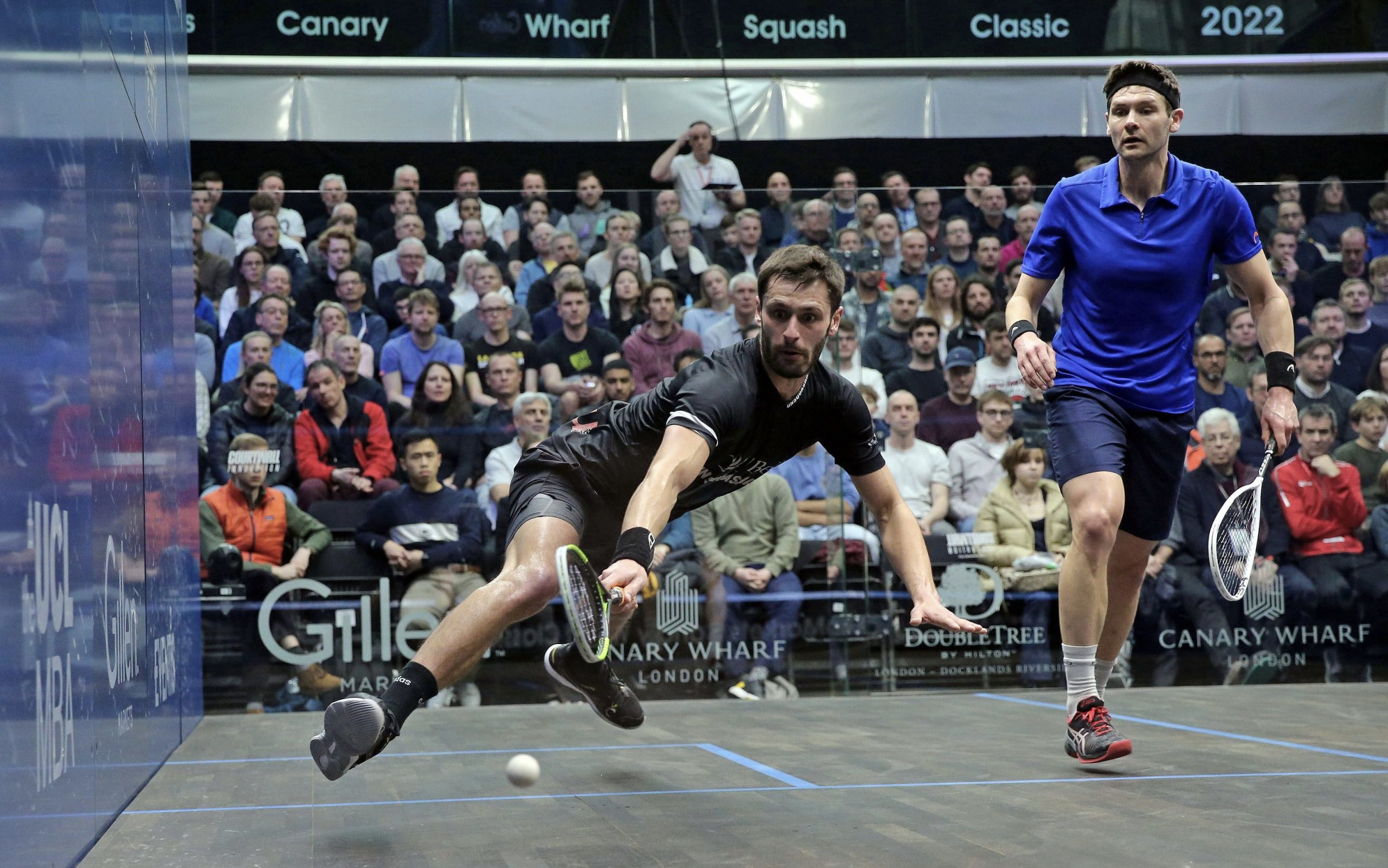 Six players will be making their international debuts for England Squash when a nine-strong squad heads to Eindhoven for the 2022 European Team Championships between April 27-30.

For Georgina Kennedy, Lucy Turmel, Jasmine Hutton, Patrick Rooney, George Parker and Nathan Lake, this year’s event marks an important milestone in their careers as they set to make their England debuts at senior level.

The squad will be headed up by the experienced trio of Sarah-Jane Perry, James Willstrop and Adrian Waller as England look to continue their strong track record at the European Team Championships.

Having narrowly missed out on the title to France in May 2019, heading up the women’s side is England No.1 Perry, who will be joined by world No.9 Kennedy, world No.20 Turmel, and No.33 Hutton, who started the 2021-22 season by making it into the last 16 of the CIB Egyptian Open.

Kennedy said: “I’m so delighted to get my first England cap! I have always dreamt of representing England at a major championship and I can’t wait to be involved in this exciting team event. Wearing the England shirt is a huge honour and I’ll relish every moment.”

Rooney, England’s No.1, said: “It really is a dream come true to represent England at senior level. I can’t wait to make my debut at the forthcoming European Teams and take on some of the best squash nations in the world.

“England has an amazing track record at team events and I’m really looking forward to pulling on the England shirt, giving it my all and doing my country proud.”

Commenting on the squad, National Coach David Campion said: “This younger group of players have been threatening to push through for a while now and I’m delighted to announce six players to be capped at senior level to represent England at the European Team Squash Championships.

“Particularly over the last two months, we’ve seen some outstanding performances from Gina, Lucy, Jazz, Patrick and George, with Nathan showing some of his best form recently.

“I’m pleased for Nathan. He works hard and his selection is fully deserved. Gina has had a phenomenal rise over the last 12 months. She’s a shining light and has led the charge which her young team-mates have responded to well.”