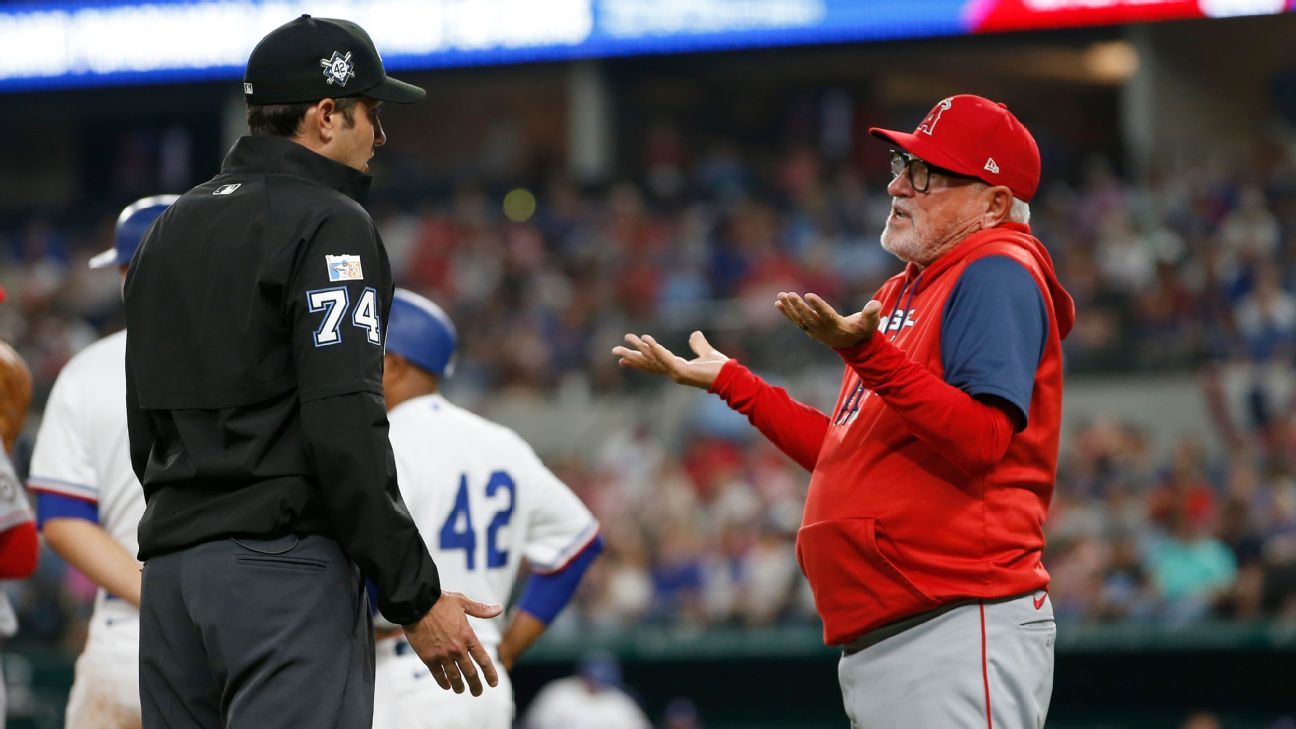 Los Angeles Angels manager Joe Maddon called for an intentional walk with the bases loaded in the fourth inning of Friday night's game against the Texas Rangers -- a decision that quickly backfired.

With one out and the Angels trailing 3-2 in Arlington, Texas, Maddon visited with reliever Austin Warren before deciding to grant Rangers shortstop Corey Seager a free base, allowing Charlie Culberson to score from third to give Texas a two-run lead.

A sacrifice fly and a balk followed in the next two at-bats, bringing in two more runs to put L.A. in a four-run hole before an inning-ending foul out.

The Angels rallied to win 9-6.

According to research by ESPN Stats & Information, Maddon's decision marked just the third time in the past 70 years that a player was intentionally walked with the bases loaded. Interestingly, he was the manager the last time it happened -- in 2008, when Tampa Bay Rays reliever Grant Balfour issued a walk to Josh Hamilton. The Arizona Diamondbacks also intentionally walked Barry Bonds with the bases loaded in 1998.

The two previous bases-loaded intentional walks both happened with two outs in the ninth inning. The Diamondbacks led by two runs when Bonds was walked, ultimately winning 8-7. The Rays led by four when Hamilton was walked and went on to win 7-4.