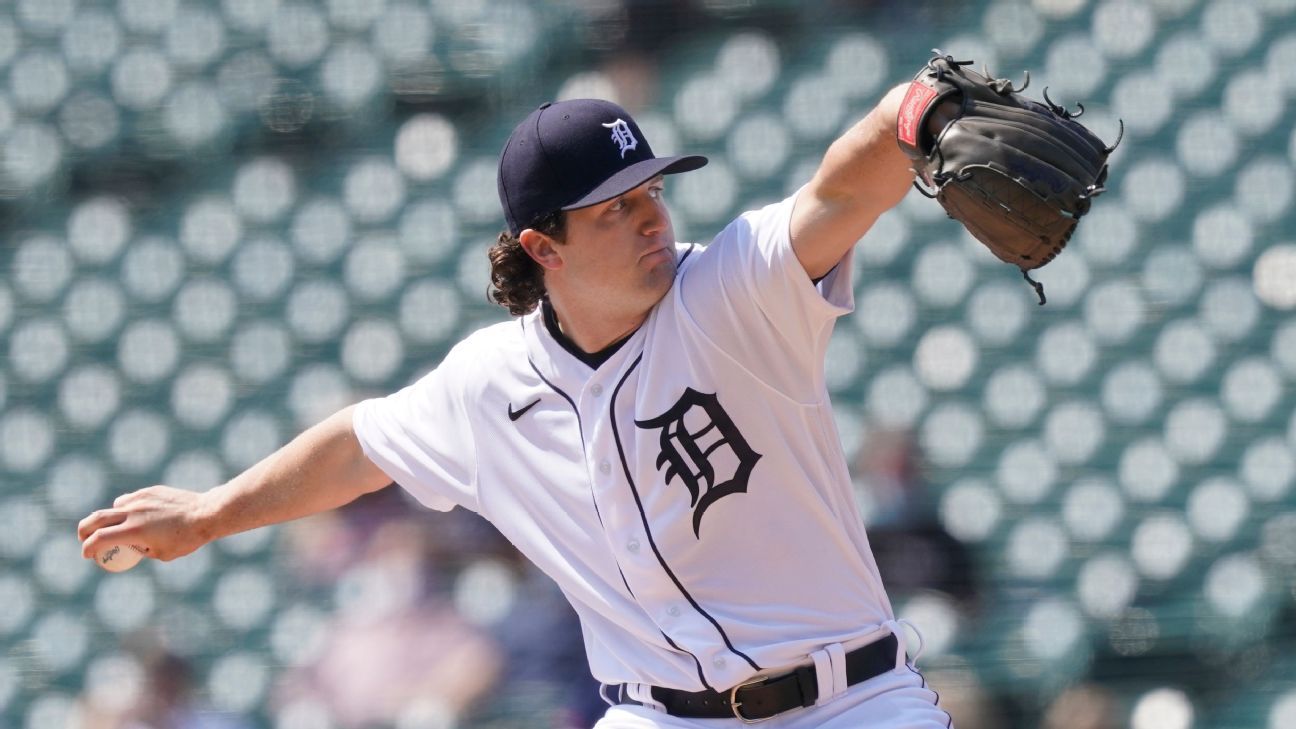 The Detroit Tigers on Friday placed right-hander Casey Mize on the 10-day injured list with a right elbow sprain.

Mize, the No. 1 overall pick in the 2018 draft, pitched five innings, allowing two runs on six hits and two walks with two strikeouts in a no-decision against the Kansas City Royals on Thursday.

Speaking after Detroit's 2-1 win Friday against Kansas City, Mize said he woke up feeling more sore than usual and then alerted the team, who had the Royals' doctor evaluate him.

"I don't want to play the what-if game. I think that's a bad place to be in," Mize said.

At minimum, he'll miss at least one start.

"He'll get a battery of tests and we'll hope for the best. Maybe it's just a little bump in the road," Tigers manager AJ Hinch said.