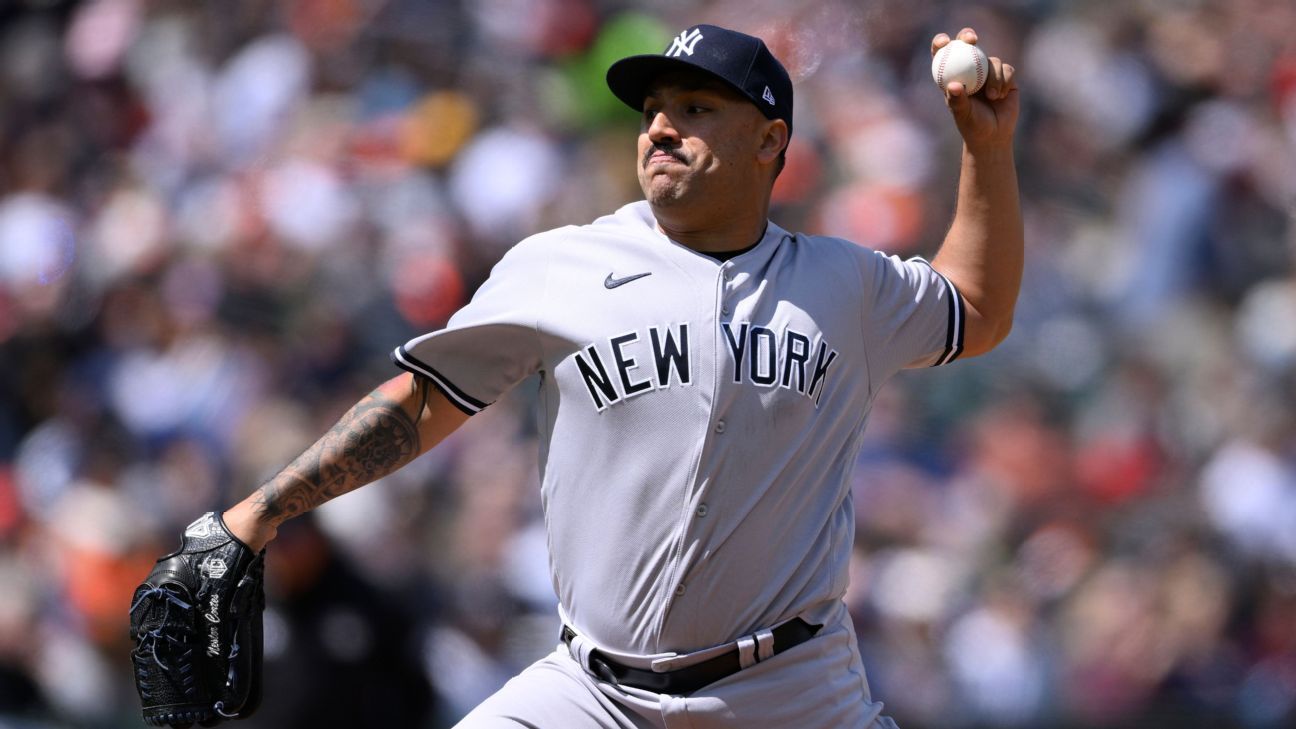 BALTIMORE -- Nestor Cortes of the New York Yankees pitched an immaculate inning against the Baltimore Orioles, striking out the side on nine pitches in the fourth on Sunday.

Cortes also struck out the side in the second. He had 12 strikeouts through five innings before being relieved by Chad Green in the bottom of the sixth inning with the game in a scoreless deadlock.

Cortes is the first Yankees pitcher to strike out 12 or more in an outing of five innings or fewer, according to ESPN Stats & Information. He gave up three hits and one walk.